An argument broke out about the toll charges between the employee and the man. 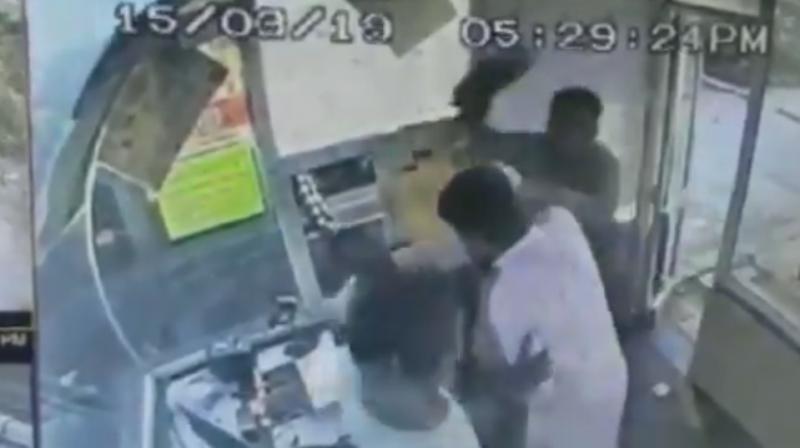 A case has been registered and further probe is on. (Photo: Screengrab)

Sangareddy: A video showing a man brutally thrashing an employee of a toll plaza with a slipper has surfaced.

The incident took place in Sangareddy district of Telangana on Friday.

Allegedly, an argument broke out over the toll charges between the employee and the man, ANI reported.

The video shows two men fiercely entering into the toll plaza cabin and an unidentified man slapping the employee with a sleeper.

Another man, who appears to be an employee interferes and take the assaulting party out of the cabin.

However, the assailant returns to again thrash the employee.

#WATCH: A toll plaza employee was thrashed with a slipper by an unidentified man in Sangareddy district yesterday, allegedly after an argument broke out between the two about the toll charges. A case has been registered; Further probe is on. #Telangana pic.twitter.com/rlLkhGoiqx

A case has been registered and further probe is on.