Worried after not hearing from them, the family has now sought External Affairs Minister Sushma Swaraj's help in the matter. 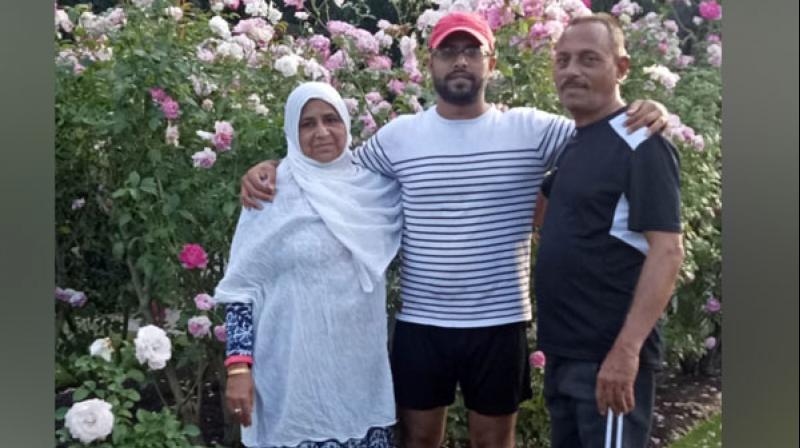 The father-son duo of Arif and Rameez Vohra had attended Friday prayers at the Al Noor mosque, where the attack took place, family members said after failing to get in touch with them. (Photo: ANI)

Vadodara: Two men, both from the same family in Gujarat, are feared missing in New Zealand following the deadly terror attacks at two mosques in Christchurch in which 49 people have been reported dead.

The father-son duo of Arif and Rameez Vohra had attended Friday prayers at the Al Noor mosque, where the attack took place, family members said after failing to get in touch with them.

Worried after not hearing from them, the family has now sought External Affairs Minister Sushma Swaraj's help in the matter.

Mohsin Vohra, the brother of Arif Vohra told ANI: "My nephew Rameez Vohra has been living in Christchurch for the last seven to eight years. My brother Arif and his wife Rukhsana went to New Zealand 25 days ago because Rameez's wife Khushboo gave birth and he had gone there to take care of the infant."

Mohsin added: "Rameez and Arif went to Al Noor mosque for the Friday prayers when the firing began. After that, there has been no news about their whereabouts. We have not got any update on their condition."

Echoing similar sentiments, Saifil Vohra, another brother of Arif, said there was no update about his nephew and brother since the terror attacks took place in Christchurch.

"There is no update about my brother Arif Vohra and my nephew Rameez Vohra. I do not know whether they returned from the mosque safely or not. I was in contact with them yesterday (before the shooting). I request the Indian government to give us an update soon," Saifil told ANI.

In the worst ever terror attack in New Zealand, multiple gunmen carried out indiscriminate shootings at two mosques in Christchurch during the Friday prayers, leaving 49 people dead and at least 48 wounded, besides giving a scare to the Bangladesh cricket team which had a narrow escape.

Using automatic weapons, the gunmen, four of who were initially taken into custody, launched a "well-planned" attack on the mosques when devotees had assembled for the weekly prayers.

Several guns have been recovered from both mosques, while, two explosive devices were found on two vehicles at the scene, one of which was defused, the police confirmed.

According to the police, 41 people were killed at Al Noor mosque and seven at Linwood mosque while one injured died in a hospital.

A 28-year-old suspect, identified as Brenton Harrison Tarrant appeared before a Christchurch court on Saturday on murder charges connected with Friday's terror attacks in Christchurch. He was remanded in custody without plea until April 5.

The terror attack suspect, who live-streamed for about 17 minutes his rampage through two mosques, is an Australian-born citizen and is a resident of Dunedin, situated around 360 km south of Christchurch.