Scribe Priya Ramani's allegations found the first mention; she was the first one to publicly accuse Akbar of misconduct. 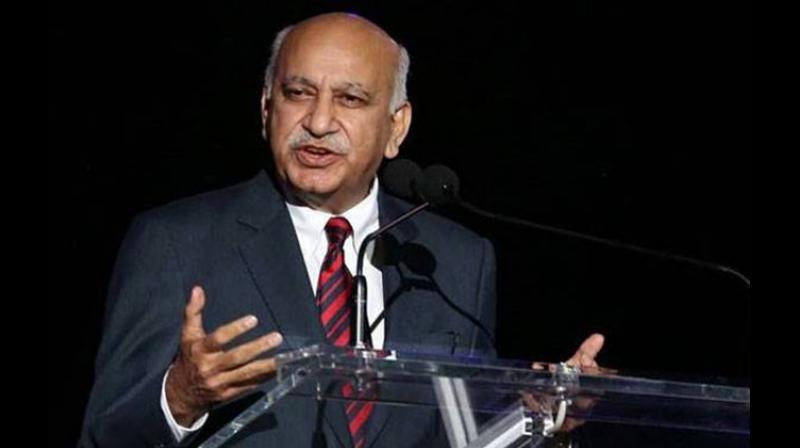 The sexual harassment charges against MJ Akbar began with a tweet by journalist Priya Ramani on October 8, in which she said that an article she wrote for Vogue India a year ago on her experience was actually about MJ Akbar. (Photo: File PTI)

Mumbai: Union minister of state for external affairs MJ Akbar, accused of sexual harassment by a dozen women in India's #MeToo movement, on Monday has filed a criminal defamation case against journalist Priya Ramani in Delhi's Patiala House Court. Ramani had alleged sexual harassment against him.

Journalist Priya Ramani was the first to level allegations of misconduct against Akbar via tweet on October 8 in which she said that an article she wrote for Vogue India a year ago on her experience was actually about MJ Akbar.

Akbar has filed the case through his advocates Karanjawala & Co.

Akbar has accused Ramani of "wilfully, deliberately, intentionally and malaciously" defaming him.

The Union minister has sought Ramani's prosecution under the penal provision on defamation.

Akbar had on Sunday called the allegations "false and fabricated, spiced up by innuendo and malice."

Akbar has been an editor of newspapers like The Telegraph and The Asian Age.