ISRO Chairman K Sivan's remarks came after PM Modi announced that India will attempt a manned space mission by 2022 on board 'Gaganyaan'. 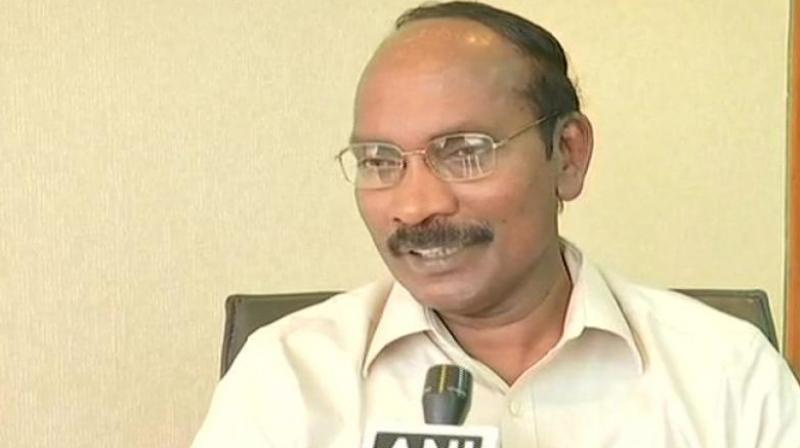 New Delhi: Technologies that will help in sending an Indian astronaut to space - like human crew module and environment control and life support system - have already been developed, ISRO chairman K Sivan said on Wednesday.

Prior to the actual launch by 2022, the Indian Space Research Organisation will have two unmanned missions and spacecraft will be fired using Geosynchronous Satellite Launch Vehicle Mark-III, Sivan said.

"We have already developed the technology like human crew module, environment control and life support system. Before undertaking the launch, we will have two unmanned missions. We will use GLSV Mark-III for this project," Sivan told PTI.

His remarks came after Prime Minister Narendra Modi announced in his Independence Day address that India will attempt a manned mission into space by 2022 on board 'Gaganyaan'.

If successful, India would be the fourth nation to achieve that feat.

Rakesh Sharma, a former IAF pilot, was the first Indian to travel to space. Sharma was a part of Soviet Union's Soyuz T-11 expedition, launched on April 2, 1984, as part of the Intercosmos programme.

Indian-born Kalpana Chawla and Indian-origin Sunita Williams are among the known names to have gone to space. Chawla was one of the seven crew members who perished in the space shuttle Columbia's disaster during its re-entry to the Earth's atmosphere.

In December 2014, he announced India will launch SAARC satellite as a "gift" to its neighbours. The satellite, later rechristened South Asian satellite, was launched in May 2017.

K Radhakrishnan, former ISRO chairman under whose leadership the Mangalyaan mission was launched in 2013, termed the announcement of Gaganyaan mission a "turning point" for ISRO.

ISRO is known for its space programme, focus on projects that matter to the day-day lives of people.

However, of late, it has launched missions like Chandrayaan-1 (moon mission) and Mangalyaan (Mars Orbiter Mission) that has aroused tremendous interest among people. It will launch Chandrayaan-2, which will land a rover on the moon, next year.