Two Armymen, among the five awardees, sacrificed their lives during anti-terror operations in Kashmir and Nagaland. 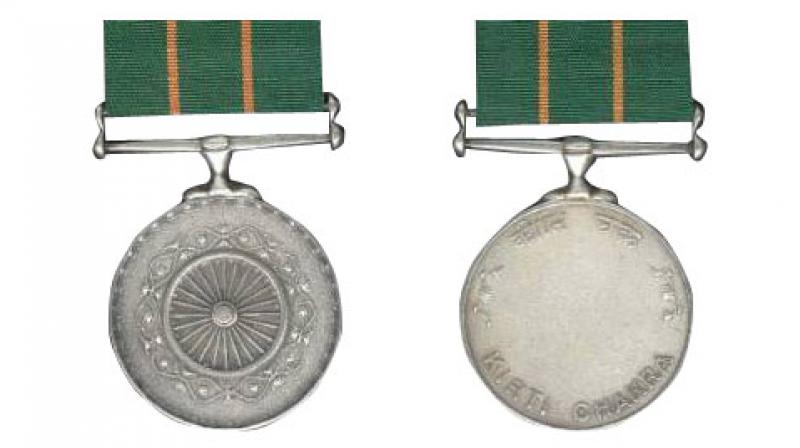 Two Armymen, among the five awardees, sacrificed their lives during anti-terror operations in Kashmir and Nagaland.

President Ram Nath Kovind on Monday approved a total of 112 gallantry awards for defence and paramilitary personnel for their sacrifices to the nation. The awards declared by the President, who is also the supreme commander of the armed forces, include, besides the five Kirti Chakras, 17 Shaurya Chakras, 85 Sena Medals (gallantry), three Nao Sena Medals and two Vayu Sena Medals. 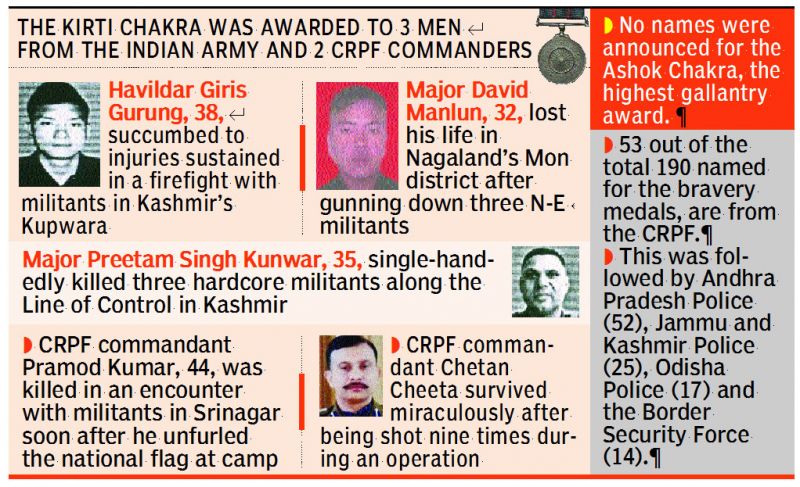 Kirti Chakra awardee Havildar Giris Gurung, born in Nepal, was destined to lay down his life for India, when at 38 years, he succumbed to his grievous injuries sustained in a firefight with militants in Kashmir’s Kupwara on June 6. But that was not before he gunned down two militants.

Kirti Chakra awardee CRPF commandant Pramod Kumar, 44, was killed in an encounter with militants in Srinagar soon after he unfurled the national flag at his camp on August 15 last year. The other Kirti Chakra awardee force are commandant Chetan Cheeta who survived miraculously after being shot nine times during an operation against militants in the Hajin area of Kashmir Valley on February 14.