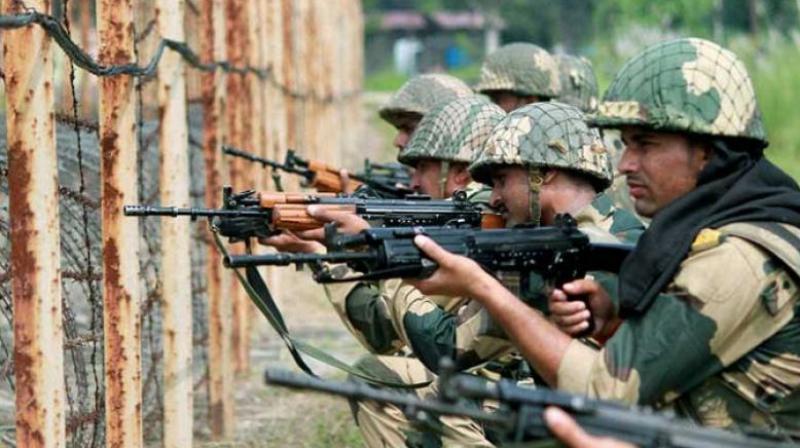 New Delhi: There has been around 75 per cent jump in ceasefire violations by Pakistan in the first six months of 2020 along the line of control (LoC) in Jammu and Kashmir as compared to the same period last year.

The incidents of ceasefire violations this year are still high at around 25 per cent if January-June 2020 figures are compared to the second half of 2019 when tensions between India and Pakistan had increased after the article 370 was abolished in Jammu and Kashmir.

Moreover, there is around 150 per cent jump in ceasefire violations by Pakistan in J&K when January-June 2020 figures are compared to the same period of 2018.

In the current month till July 11, there have already been 142 ceasefire violations by Pakistan. In March there were 411 incidents of cross firing between the two countries.

This year till 31st May there have  been 52 local recruitments to the terrorists organisations in J&K. In 2019, 119 local youth had joined terror organisations.

Army chief General MM Naravane on Monday had visited forward areas in Jammu-Pathankot  region to review the current security situation and operational readiness of the troops deployed on ground along the international border with Pakistan. During his visit, the Army chief told his commanders that there should be ‘zero tolerance’ against the ceasefire violations by Pakistan and infiltration attempts by terrorists. He asked troops to continue to defeat the nefarious design of proxy war being fueled by our adversaries.