French national Gaelle Chouteau was traced to an organic farmhouse at Sare-Khurd village under Bhiwadi, about 100 km from Alwar. 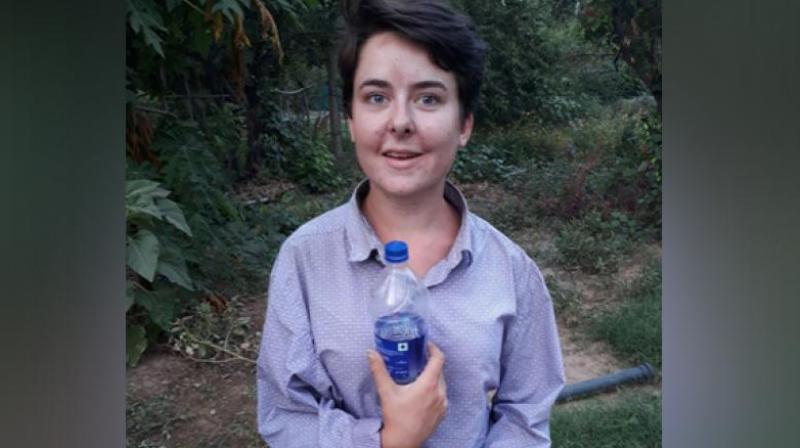 Jaipur: French national Gaelle Chouteau who was reportedly missing for last two weeks was found on Thursday evening. She was traced to an organic farmhouse at Sare-Khurd village under Bhiwadi, about 100 km from Alwar.

The 21-year-old French tourist, who had left Pushkar for Jaipur on June 1, could not be traced since then was found at an organic farmhouse under Chaupanki police station by SHO Sunil Jangid, the police said in its tweet.

The French Embassy was informed and she also spoke to them as well as her parents over the phone.

She had come to Satya-Jyoti Organic farmhouse on June 1 afternoon by boarding a bus via Jaipur and alighted at Daruhera where a person from the farmhouse received her, Bhiwadi Additional SP Pushpendra Singh Solanki said.

Through emails, she had come in contact with the organic farm which is linked to the World Organisation of Organic Farmers. She had also sent a text to her parents on WhatsApp informing about her visit, but they did not see it and informed the French Embassy.

Earlier on Wednesday, French Ambassador in India Alexandre Ziegler tweeted about the disappearance of Chouteau and asked the information on her whereabouts.