During his meeting with Bolsonaro, Prime Minister Modi invited the President of Brazil to be the chief guest at the Republic Day 2020. 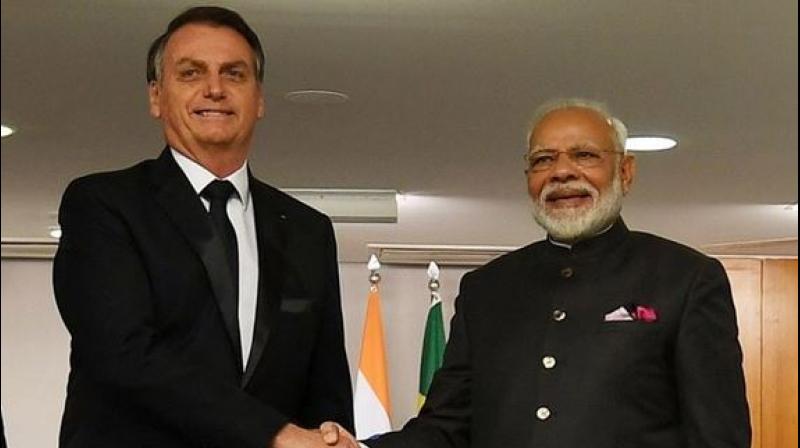 Prime Minister Modi met Bolsonaro on Wednesday on the sidelines of the 11th BRICS Summit held here to focus on building mechanisms for counter-terrorism cooperation and strengthen India's ties with the world's five major economies.

During his meeting with Bolsonaro, Prime Minister Modi invited the President of Brazil to be the chief guest at the Republic Day 2020. Bolsonaro accepted the invitation with pleasure. The two leaders held "fruitful talks" to strengthen the bilateral ties. Prime Minister Modi invited Bolsonaro to the Republic Day, 2020. The Brazilian President has accepted the invitation with pleasure, according to an official statement.

"Both leaders agreed that on this occasion, the two countries can comprehensively enhance our strategic partnership," it said.

Modi said that he looked forward to discussing matters relating to trade. He also outlined areas for potential investment from Brazil, including in areas of agricultural equipment, animal husbandry, post-harvest technologies and biofuels, the statement said.

The Brazilian President expressed his readiness and informed Prime Minister Modi that a large business delegation will accompany him to India, it said, adding that the two leaders also discussed other areas of cooperation including space and defence sectors. Modi also welcomed the decision of the President to grant visa-free travel to Indian citizens.