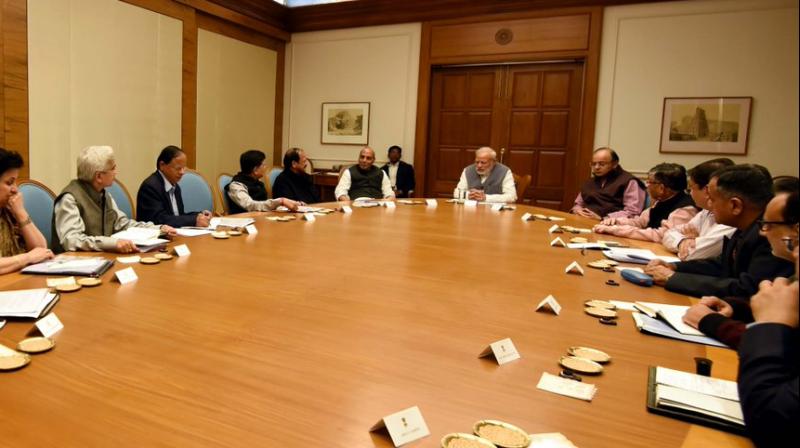 New Delhi:  Prime Minister Narendra Modi held a meeting with senior ministers past midnight on Sunday to review demonetisation and its impact.

The meeting came amid continuing chaos and growing public anger across the country over limited cash availability following the surprise demonetisation of two higher value currency notes by Modi.

There was little respite for cash-starved people queueing up outside banks and ATMs yesterday, with branches witnessing unprecedented rush since early morning and leading to arguments and scuffles.

The weekly limit of Rs. 20,000 for withdrawal from bank counters has been increased to Rs. 24,000. The maximum limit of Rs. 10,000 per day on such withdrawals has been removed, the ministry said in a statement.