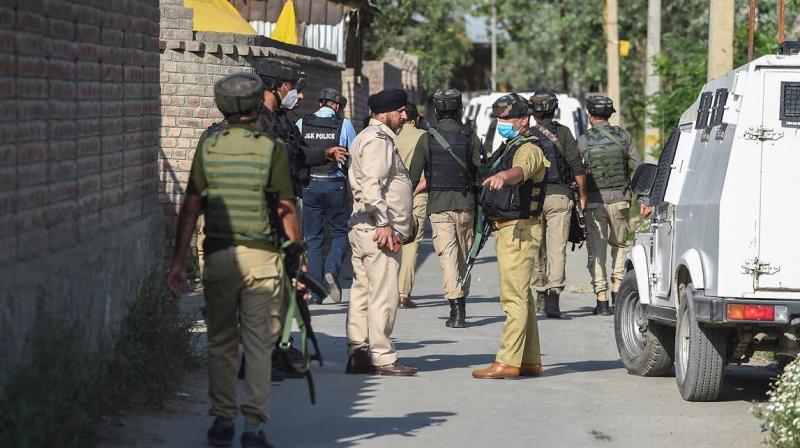 The agency alleged that several terror acts, including the killings of numerous innocent civilians and security personnel, were carried out, unleashing a reign of terror in the Kashmir Valley, thereby challenging the writ of the state. (Representational image: PTI)

Srinagar: The National Investigation Agency (NIA), which has stepped up its work in Jammu and Kashmir in view of the surge in militant activities, on Wednesday said that it raided and searched as many as 16 new locations in the Valley and arrested four persons. They have been charged with conspiracy to instigate violence.

The NIA sleuths who were assisted by the J&K police and Central Reserve Police Force (CRPF) searched these places in the districts of Srinagar, Pulwama and Shopian and those arrested by them have been identified as Waseem Ahmed Sofi, Tariq Ahmed Dar, Bilal Ahmed Mir alias Bilal Fufu and Tariq Ahmed Bafanda -- all residents of Srinagar.

“The  case pertains to information received regarding hatching of conspiracy both physically and in cyberspace for undertaking violent terrorist acts in J&K and other major cities including New Delhi, by cadres of organisations like Laskhar-e-Tayyaba (LeT), Jaish-e-Muhammad (JeM), Hizb-ul-Mujahideen (HM), Al Badr and similar other outfits and their affiliates such as The Resistance Front (TRF), People Anti-Fascist Forces (PAFF), etc,” the NIA said in a statement here.

It claimed that the militant associates and Over Ground Workers (OGWs) of these organisations and outfits were “conspiring with their handlers and commanders based in a neighbouring country and also indulging in radicalization of local youth for the purpose of recruiting and training them in handling of arms, ammunition and explosives.”

The agency alleged that several terror acts, including the killings of numerous innocent civilians and security personnel, were carried out, unleashing a reign of terror in the Kashmir Valley, thereby challenging the writ of the state. It had registered a case in this connection in New Delhi on October 10 and took up the investigations.

“Preliminary investigation has revealed that arrested accused persons are terror associates or OGWs of various proscribed terrorist organisations and have been providing logistical and material support to terrorists and facilitating them in their nefarious designs,” a spokesperson of the NIA said. He added that during the searches several electronic devices, incriminating jihadi documents and records of suspicious financial transactions were seized.”