Leaders of prominent parties are present at the meeting where Swaraj and Singh will give a presentation on the Kashmir and China situation. 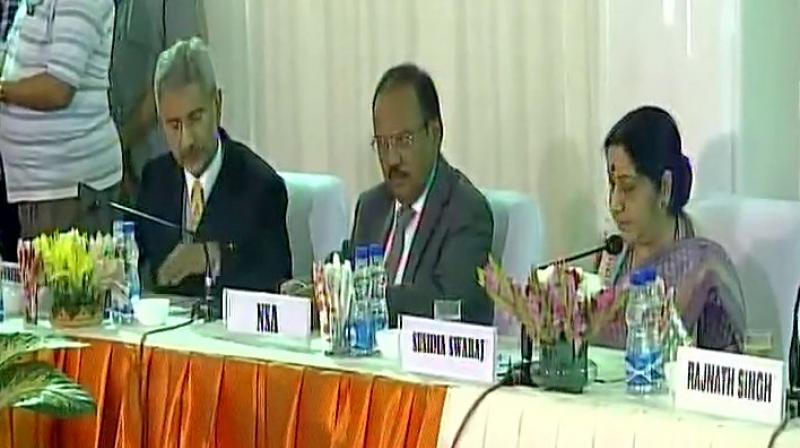 New Delhi: The all-party meet on the ongoing issue with the Indo-China border and Kashmir unrest began on Friday, at Union Home Minister, Rajnath Singh's residence in Delhi.

Meanwhile, criticizing the government All India Congress Committee (AICC) media in-charge Randeep Singh Surjewala had said, it was 'satisfying to see that the NDA government had finally woken up after three years of briefing the Opposition on issues concerning the nation.

"Congress is assuring full cooperation with the government on issues relating to national security," he added.

“We shall ask the government to share full information about the background and situation on the Indo-China border as also on the Bhutan border where the stand-off continues. We shall also ask the government to clarify all implications for our national security and the necessary steps being taken in protecting our national interests and also steps to be taken,” Surjewala had said.

Leaders of prominent parties are present at the meeting where Swaraj and Singh will give a brief presentation on the situation along the Sino-Indian border and the Jammu and Kashmir and the government action, The Indian Express reported.