Mishra had alleged that Kejriwal had influenced the probe into tanker scam that dates back to Sheila Dikshit's tenure as chief minister. 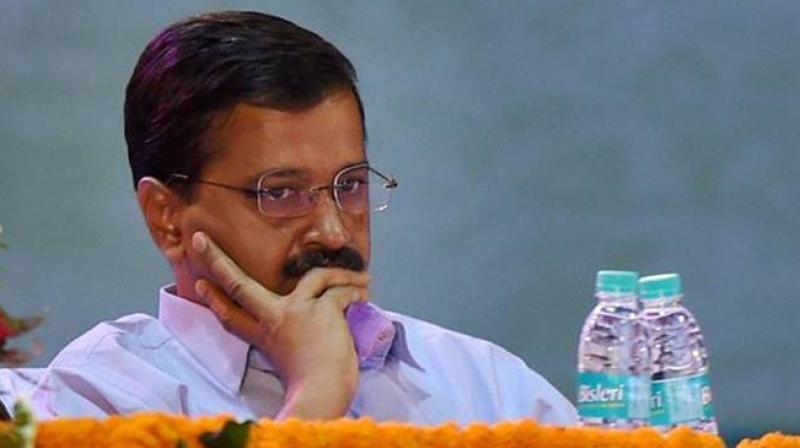 Mishra had alleged that the investigation into the tanker scam was repeatedly delayed and influenced by Kejriwal and 'his two men'. (Photo: PTI)

ACB chief Mukesh Kumar Meena said that Bibhav Kumar, private secretary to Kejriwal, has been called for questioning on Wednesday in the case.

Mishra is also likely to be questioned again on Monday. He is currently hospitalised after he fainted during a press conference in which he revealed purported details of alleged financial irregularities committed by the Aam Aadmi Party for its donations.

He has been on a hunger strike demanding details of Kejriwal and his team's foreign tours.

If Mishra is not able to appear on Monday since he is unwell, he can also come on Tuesday, said another officer.

Mishra had alleged that Kejriwal had influenced the probe into the tanker scam that dates back to Sheila Dikshit's tenure as chief minister.

He had alleged that the investigation into the tanker scam was repeatedly delayed and influenced by Kejriwal and "his two men".

Last year in August, Dikshit was "examined" by the ACB officials in connection with her alleged involvement in the tanker scam besides being handed over a set of 18 written
questions.

Till some time back, Mishra had been accusing the BJP of shielding Dikshit in the case but last week, he alleged that the AAP government tried to protect her.

The Kejriwal-led AAP government had in June 2015 constituted a fact-finding committee to go into alleged irregularities in procuring some 385 stainless steel water tankers by the DJB.

The Delhi government in June 2016 sent a report of the fact-finding committee to the then Lieutenant Governor Najeeb Jung following which an FIR was registered in the case.