National Security Act invoked against 3 for cow slaughter in Bulandshahr

7 were arrested in cow slaughter case out of which three of them—Azhar Khan, Nadeem Khan, Mehboob Ali—were charged under NSA. 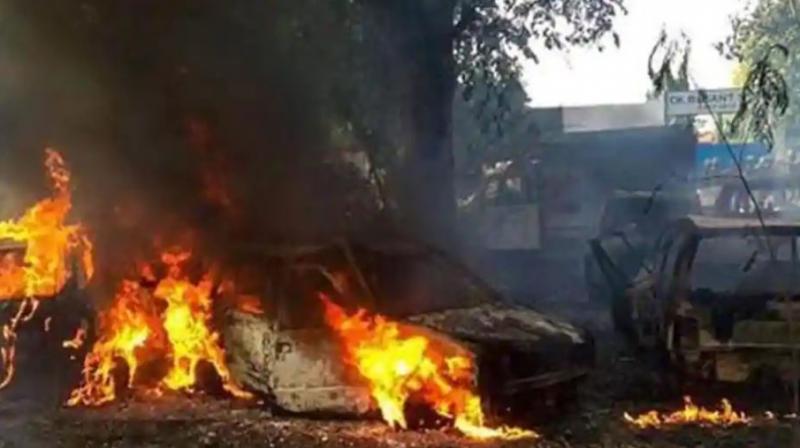 The violence which occurred after right-wing activists protested against alleged cow slaughter in the area claimed the lives of a police officer and a civilian. (Photo: PTI)

The violence which occurred after right-wing activists protested against alleged cow slaughter in the area claimed the lives of a police officer and a civilian.

Two separate FIRs were registered—one for the violence in which nearly 80 people including 27 named and the other for cow slaughter—at the Siyana police station.

District Magistrate Anuj Jha confirmed that the stringent law -- which provides the authorities with powers to detain anybody acting in "any manner prejudicial to national security" -- was invoked against the accused.

"The three accused had applied for bail and there was a chance of them getting the bail. Keeping that in mind, the National Security Act has been invoked against them," District Magistrate Anuj Jha said.

"To maintain public order and amity, the three have been charged under the section 3 sub-section 3 of the NSA. The action has been taken based on a police report which stated that the trio indulged in cow slaughtering for earning money illegally," Jha added.

Yogesh Raj, a district leader of right-wing group Bajrang Dal, was arrested last week for allegedly fomenting violence at Mahaw village in Siyana on December 3. However, the Bajrang Dal maintains that Raj is innocent and will be cleared of all allegations soon.