A total of 81 trains are running late with 10 rescheduled and five cancelled due to foggy weather conditions. 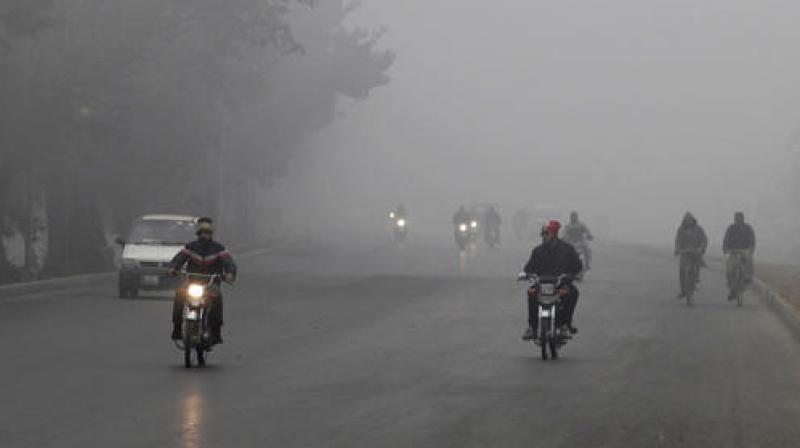 The thick fog making the visibility very low has lead to disruption of rail, road and air services. (Photo: AP)

New Delhi: With dense fog enveloping the national capital and the region around, the connectivity of the place is getting hampered almost every day with transport services either getting cancelled or delayed.

The thick fog making the visibility very low has lead to disruption of rail, road and air services.

A total of 81 trains are running late with 10 rescheduled and five cancelled due to foggy weather conditions.

In air services, five international and eight domestic flights have been delayed, whereas two have been cancelled.

The visibility on the national highways being low has led to delay in bus services also. Delhi's neighbouring state, Uttar Pradesh, experiencing the chill of cold, is also witnessing connectivity issues. Several trains have been delayed in Kanpur due to low visibility.

Other states such as Bihar, Punjab, Haryana are also witnessing the same issue with thick blanket of fog enveloping various cities of these states.

The entire North India is presently witnessing the cold wave which will intensify in the coming days.