Japanese PM came out of his plane in a dark suit and soon changed into a white kurta-pyjama and an ink blue Nehru jacket. 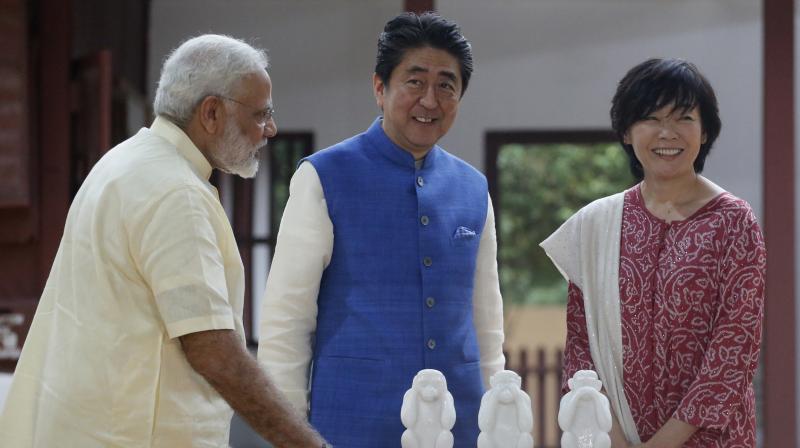 Ahmedabad: People change clothes at the airport all the time.

Japanese Prime Minister was no exception on Wednesday. He came out of his plane in a dark suit, took one look at the Indian fair that awaited him at the Ahmedabad airport, and changed into a white kurta-pyjama and an ink blue Nehru jacket.

He then embarked on the eight-kilometre roadshow with Prime Minister Narendra Modi from the airport to the Sabarmati ashram.

His wife Akie Abe, who landed in a floral suit, changed too – into a red salwar kameez with a white dupatta.

Japanese Prime Minister Shinzo Abe and his wife, who are on a two-day visit to Gujarat, were received by Prime Minister Narendra Modi at Ahmedabad Airport on Wednesday.

Both the leaders exchanged a warm hug which lasted exactly five seconds.

The Japanese PM was given a ceremonial reception on his arrival. 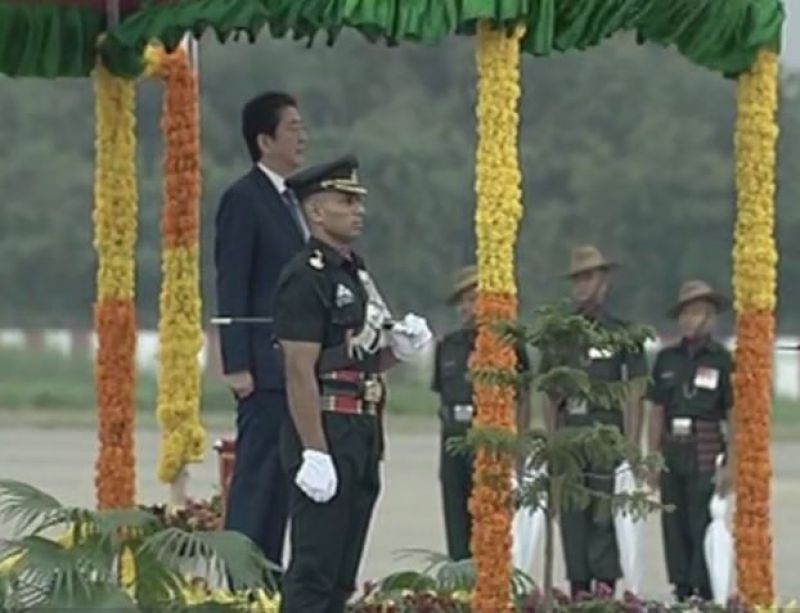 Japanese PM Shinzo Abe was given a ceremonial reception on his arrival at Ahmedabad, Gujarat. (Photo: ANI)

The route to Sabarmati was lined by a colourful crowd, waving flags of both countries. People cheered as the two leaders passed by in an open jeep. 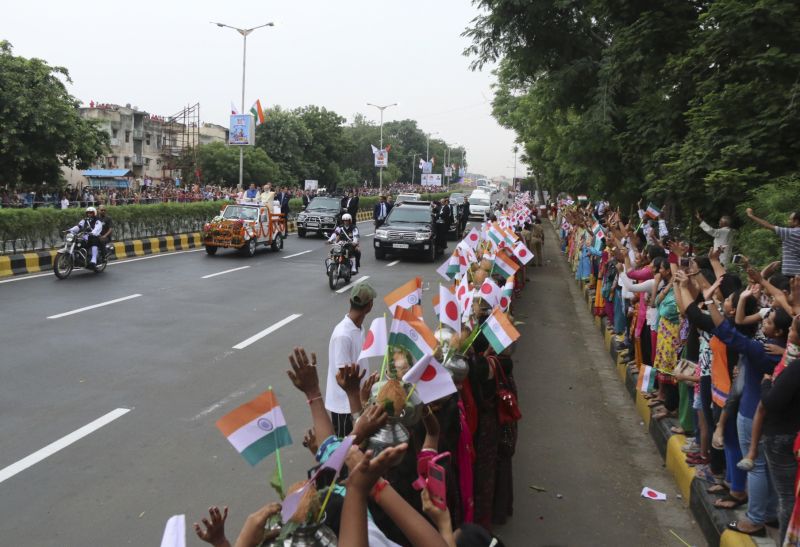 Groups of performers, school children among them, were stationed along the route to the ashram and performed as the leaders approached. Both leaders waived at the crowd.

A group of Buddhist monks were also present at the airport to welcome Abe and his wife. 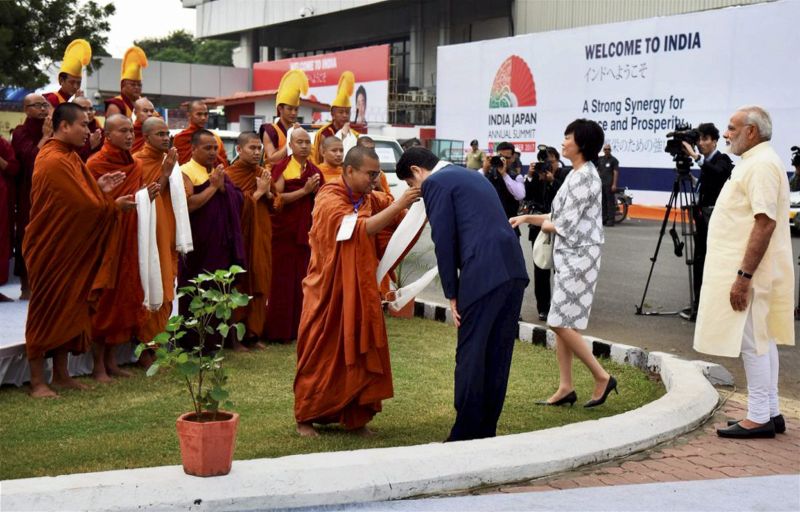 The twin cities of Ahmedabad and Gandhinagar, which will host a slew of programmes during the high-profile visit, are decked up to welcome the foreign dignitary with streets shimmering in fluorescent lights. Huge hoardings and banners have also been put up.

During the two-day visit in Modi's hometown, the Japanese Prime Minister will lay the foundation stone for India's first bullet train, to run between Ahmedabad and Mumbai. The train is expected to significantly reduce travel time between the two cities. Japan is a pioneer in high-speed rail networks, and its Shinkansen bullet train is among the fastest in the world.

Modi and Abe also will review the recent progress in the multifaceted cooperation between India and Japan under the framework of their 'Special Strategic and Global Partnership' and will set its future direction.

The Indian and Japanese Prime Ministers will have Gujarati thali for dinner at 'Agashiye' restaurant on Wednesday night. It will be an all-vegetarian affair.

Both premiers will also hold the 12th India-Japan annual summit at Mahatma Mandir in Gandhinagar on Thursday.