Earlier this week, BJP leader was killed by militants in Bandipore district, causing panic and a sense of insecurity among party cadres 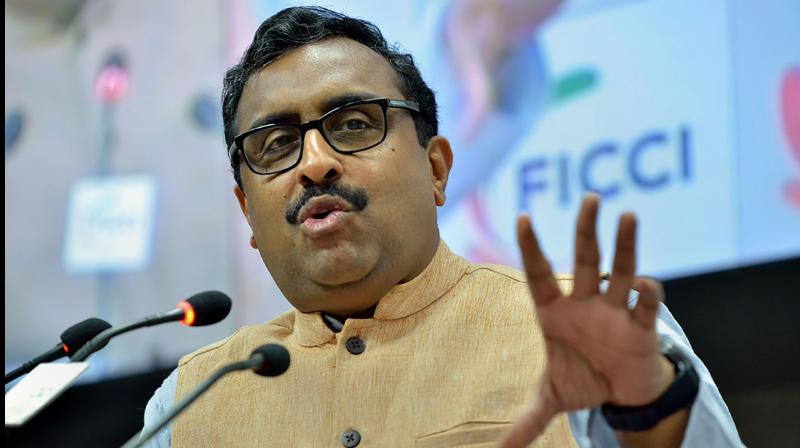 SRINAGAR: BJP national general secretary, Ram Madhav, on Sunday demanded “enhanced and proper” security to the party workers in Jammu and Kashmir in view of “constant threat” to their lives from separatist militants.

Earlier this week, a local BJP leader was killed along with his father and brother by militants in northern Bandipore district, causing panic and a sense of insecurity among the party cadres across the restive J&K.

During a visit to the home of the slain BJP leader Sheikh Waseem Bari in Bandipore, 66-km north of here, Mr. Madhav said that the party stood by all its leaders and workers “at this difficult juncture” in J&K. He asserted that the killings of Mr. Bari and his kin have saddened the entire BJP leadership and that his visit to the family was to show solidarity with it and also to extend “some immediate help” to it. He announced Rs 100,000 as relief to the family from the party.

He said that apart from demanding increased and proper security to the party workers in J&K, he has appealed to the concerned authorities to bring the perpetrators to justice. “We appeal that the attackers must be tracked and killed,” Mr. Madhav who was accompanied by Union minister, Dr. Jitendra Singh and several other senior national and state BJP leaders including vice president Avunash Rai Khanna said. The BJP has termed the killing of Mr. Bari as a huge loss to the party.

Mr. Bari, a former district president of the BJP, his father Bashir Ahmed and brother Umar Bari were shot dead from point blank range by two assailants inside their family shop in Bandipore’s Muslimabad locality on the night of July 8.

An obscure outfit which calls its 'The Resistance Front (TRF)' owned responsibility for carrying out the attack. However, the J&K police have claimed that two Lashkar-e-Tayyaba militants including a local Abid and his Pakistani associate were involved in this "pre planned" attack. Ten Personal Security Officers (PSOs) deployed for Mr. Bari’s protection in view of the persistent militant threat to his life are being dismissed from service after their arrest over their ‘negligence from duty’.