No culprit will be spared, says PM Modi on rape horror

PM Modi said, 'Incidents being discussed since past two days cannot be part of a civilised society.' 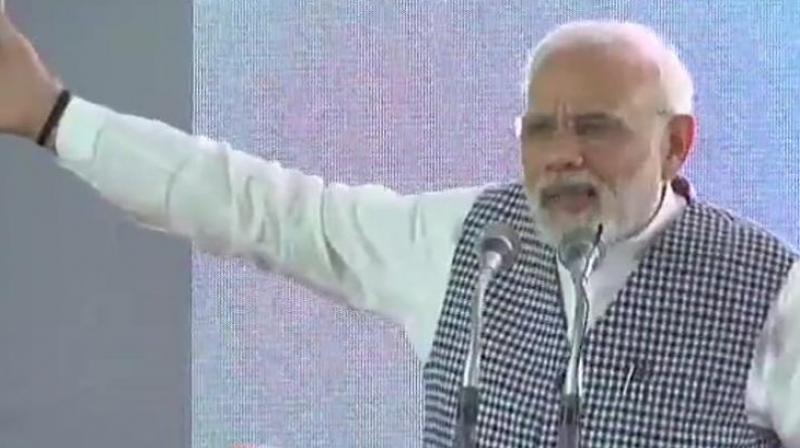 New Delhi: In comments being seen as Prime Minister Narendra Modi's first public response over Kathua and Unnao rape cases, which sparked nationwide outrage, the prime minister assured that justice will be delivered to the daughters.

The Prime Minister further added that the culprits will not be spared.

Addressing the inauguration of Dr Ambedkar National Memorial in New Delhi, PM Modi said, "Incidents being discussed since past two days cannot be part of a civilised society. As a country, as a society we all are ashamed of it."

"I want to assure the country that no culprit will be spared, complete justice will be done. Our daughters will definitely get justice," the Prime Minister added.

Earlier, PM Modi's silence was severely criticised by the Opposition with Congress president Rahul Gandhi terming it as "unacceptable".

Taking to Twitter, Gandhi said, “Mr Prime Minister, your silence is unacceptable. 1. What do YOU think about the growing violence against women and children? 2. Why are accused rapists and murderers protected by the state. India is waiting.”

Rahul Gandhi on Thursday also led a midnight march to India Gate to protest the gangrape and murder of an eight-year-old girl in Jammu and Kashmir’s Kathua in January and for the 17-year-old in Uttar Pradesh’s Unnao who was allegedly raped by BJP lawmaker Kuldeep Singh Sengar in June 2017.