Apologise for calling nun 'prostitute' but stand by rest I said: Kerala MLA

'To refer to any woman as prostitute is wrong. I shouldn't have used that word,' PC George said. 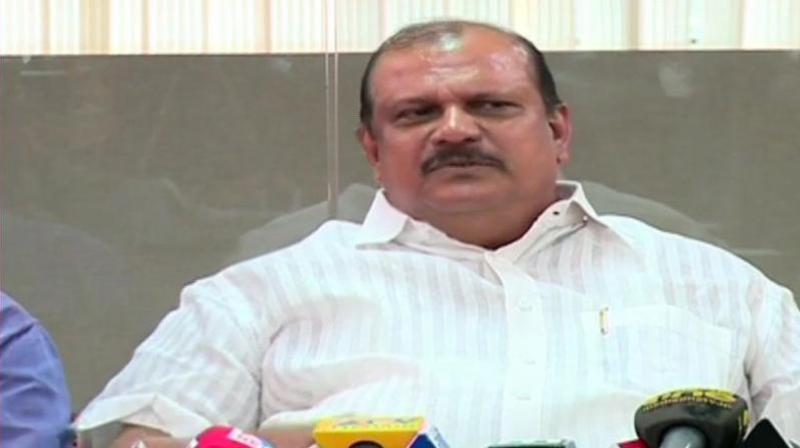 'Other than retracting the word prostitute, I stand by everything else I have said on the topic. I stand by it a 100 per cent,' Kerala MLA P C George added. (Photo: File | ANI)

Kochi: Controversial Kerala legislator P C George, who has come under severe criticism for making a derogatory remark about the nun who has accused a senior Roman Catholic priest of raping her, issued a brazen non-apology on Wednesday.

"Is there any doubt that the nun is a prostitute? 12 times it was pleasure, 13th time it became a rape? Where was she when it happened 12 times? Whom is she telling this to? Why did she not complain on the first time it happened? Let the three sisters be examined. Let us see if they are holy," the lawmaker from Poonjar had said on Sunday while speaking on the charges against Bishop Mulakkal.

“According to me she isn't a nun. To refer to any woman as prostitute is wrong. I shouldn't have used that word,” P C George told news agency ANI on Wednesday.

The Kerala lawmaker, however, said he stands by his comments about the nun and will not apologise to anyone for his comments. “Other than retracting the word prostitute, I stand by everything else I have said on the topic. I stand by it a 100 per cent,” George added.

The independent MLA has been receiving flak for his comments on the Kerala nun rape case, shaming the survivor on multiple instances.

After his remark on Sunday, activist Aysha Mahmood, published a post on Facebook launching a campaign opposing the MLA’s comments. Titled the #VaayaMoodalCampaign (Shut the mouth), she invited people to 'help him out by sending him masking tapes/cello tapes to plaster his mouth'.

The campaign has received massive traction on social media and has been endorsed by celebrities across the state.

The National Commission for Women (NCW) too hit out at P C George for his derogatory comments.

The 46-year-old nun has alleged that she was sexually abused by the Jalandhar Bishop 13 times between 2014 and 2016.