This came a day after militants attacked a bus carrying Amarnath Yatra pilgrims in Jammu and Kashmir's Anantnag district. 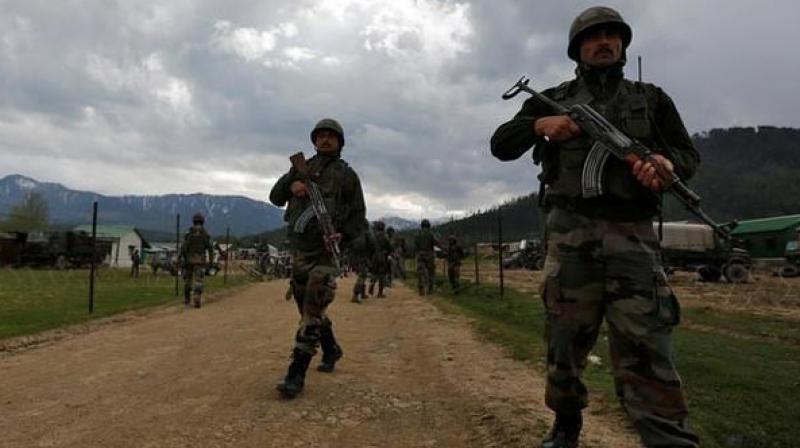 Based on inputs of presence of some terrorists in a specific house, an operation was launched by troops of Rashtriya Rifles, Special Operation Group (SOG) of Jammu and Kashmir Police and Central Reserve Police Force (CRPF) in Radbug village of Budgam.

Colonel A Achuthan said, the terrorists killed in Budgam were identified as Javed Sheikh and Adil of Budgam, and Sajjad of Srinagar.

The joint operation was launched at around 6:00 pm on Tuesday and at about 8:30 pm contact was established with terrorists.

A police official said security forces launched a cordon and search operation in Redbug area of Budgam Tuesday evening after receiving specific intelligence inputs about the presence of militants in the area.

The search operation turned into an encounter as the search party of the security forces was fired upon by the militants.

The operation was halted for the night but the security forces maintained the cordon of the area to stop the militants from escaping, the official said.

He said the gun fight resumed Wednesday morning and three militants were killed. The identity and group affiliation of the slain militants is being ascertained, he added.

This came a day after militants attacked a bus carrying Amarnath Yatra pilgrims in Jammu and Kashmir's Anantnag district.

At lease seven people were killed and more than 15 sustained injuries in the attack.