An Indian national, Laagan Yadav (45), has been taken into custody by the Nepal border police. 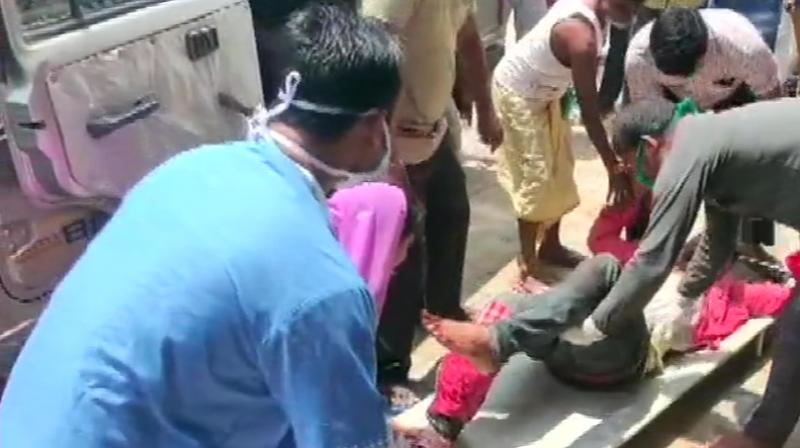 Visuals from the spot. (ANI)

One person was killed and two others injured in alleged unprovoked firing by Nepal’s Armed Police Force (APF) at the border near Bihar’s Sitamarhi district on Friday.

According to Sitamarhi police, the incident took place after a clash between Indians and Nepali armed police personnel at the Lalbandi – Janki Nagar border in Pipra Parsain Panchayat under Sonebarsha police station of the district.

The deceased identified as Vikesh Kumar, 25,  died on the spot while two others were seriously wounded in the incident. Reports suggest that one person has been detained by the Nepali police team after the firing incident.

The police said that the injured were rushed to the local hospital for treatment. According to reports, Sashastra Seema Bal (SSB) and senior district officials are currently camping near the border and monitoring the situation.

“The Nepali police opened fire after a clash broke out near the border between 8.30 and 9 am. A person was killed and two others sustained bullet injuries. We have also been informed that a person has been detained by the Nepali police following the incident. The matter is being investigated and all necessary legal steps are being taken”, Sitamarhi SP Anil Kumar said after the incident.

Sources, however, said that the agricultural land of the one of the victim falls near the border where the incident took place. “They were working in their fields when the Nepali armed police personnel started firing indiscriminately in which one person died and few others were injured”.

India shares around 1850 km long porous border with Nepal and people travel freely for work and to visit family and friends. The state government had sealed the Indo- Nepal border in March amid coronavirus pandemic.

The incident also comes amid heightened border tensions between the two countries. In May, the Nepali government had issued a controversial map showing Indian territories of Kalapani and Lipulekh as its own.