An FIR has been filed against the accused BJP MLA for raping an 18-year-old woman in June 2017. 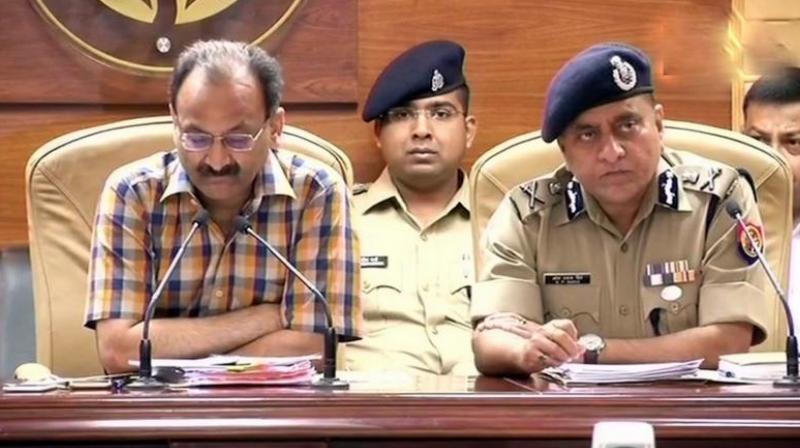 The police said a case of rape was not filed earlier because of discrepancies in the statement of the victim. (Photo: ANI | Twitter)

Lucknow: After filing a case against Uttar Pradesh BJP MLA Kuldeep Singh Sengar, for the rape of an 18-year-old in Unnao, the police and the state government defended the delay in action saying, "The government doesn't want to save anyone."

"Nobody is defending him (Kuldeep Singh Sengar), all we are saying is that we have to hear both sides. Now case has been given to CBI, they will decide on arrest," OP Singh, DGP Uttar Pradesh said.

BJP MLA Kuldeep Singh Sengar has been charged under a tough law for sexual crimes against children, after the allegations of the victim that she was raped by him in June last year. Asked when he would be arrested, the police said the case had been handed over to the CBI.

An FIR has been filed against the accused BJP MLA for raping an 18-year-old woman in June last year.

The case came to the public glare after the woman tried to immolate herself outside Chief Minister Yogi Adityanath's house on Sunday, accusing the state government of shielding the accused politician. A day later, the victim's father died in custody, days after being beaten by the MLA's brother, who has been arrested.

The police said a case of rape was not filed earlier as she didn't mention rape in the complaint.

"The victim said she was scared therefore didn't mention rape in her first complaint...The SIT (Special Investigation Team) took this into consideration and then registered the complaint against the legislator," said the police chief OP Singh.

Late on Wednesday night, BJP MLA Kuldeep Singh Sengar made a dramatic appearance outside the house of a top police officer in state capital Lucknow.

After the midnight drama and amid outrage over the MLA's brazenness, the Yogi Adityanath government ordered the police to file a case against the ruling party lawmaker and hand over all cases related to it to the CBI.

The decision to ask the CBI to step in was taken after a SIT, constituted by the state government, found serious lapses not just by the police but also doctors in Unnao. The government has ordered security cover to the family of the rape victim.