India   All India  12 Jan 2017  Animals may be used to carry bombs for attack on R-Day: report
India, All India

Animals may be used to carry bombs for attack on R-Day: report

Intelligence agencies have warned that terrorists could surgically plant explosives inside animals. 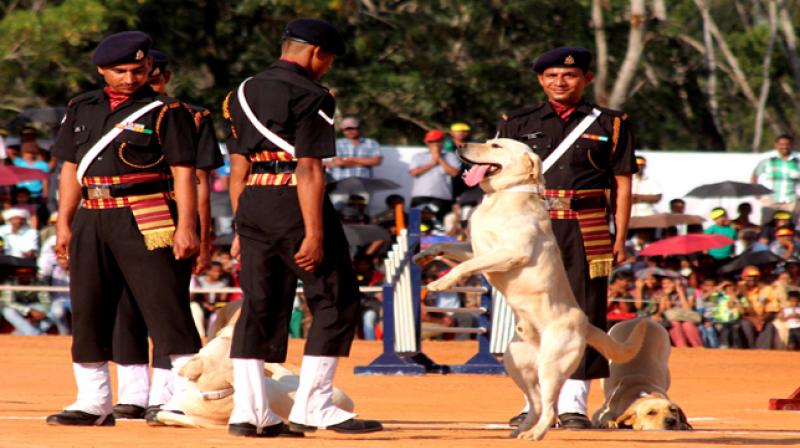 New Delhi: Terror outfits are known to use suicide bombers for attacks on public places during important events, but in a shift in tactic, the bombers may come in a new form – pets.

According to a report in DNA, intelligence agencies have issued a warning to anti-terror units that terrorists may resort to using animals as suicide bombers to carry out terror attacks during the upcoming Republic Day celebrations. Various cities like Delhi, Mumbai and Ahmedabad were mentioned as possible targets.

The agencies explained that terrorists may use winter to their advantage and use sweaters as explosive vests for pets like dogs, cats and rabbits and get them inside venues where they want to carry out an attack. Once the animal gets close to the target, a remote control would be used to set off the explosion.

"There are threats from surgically implanted explosives or explosive materials in human or any animals," stated documents accessed by DNA.

The notorious Islamic State group is said to be the first terror outfit that had used animals – chickens – to bomb their enemies in Syria. ISIS militants would strap birds with deadly explosives and target government buildings.

Terror groups that plan to carry out attacks may have taken inspiration from the various new techniques used by militants in Syria and are getting increasingly innovative in their modus-operandi.

Central intelligence agencies have even warned anti-terror teams about the possibility of their dog squads being compromised. They have even been told that terrorists could surgically place an explosive inside an animal for such attacks.

Security agencies across the country, especially in Delhi have been asked to be on their toes and be extra vigilant in the run up to Republic Day celebrations.