Former vice president Hamid Ansari too has not been invited for Congress' Iftar party on Wednesday. 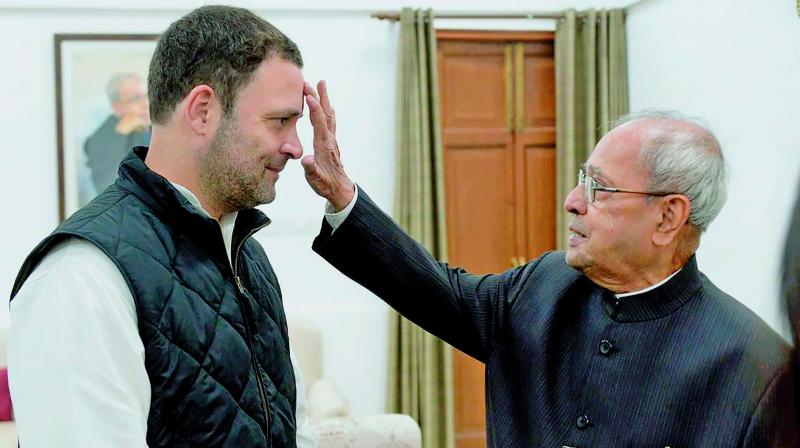 New Delhi: Rahul Gandhi is all set to host his first Iftar party as the Congress president in Delhi on Wednesday. While the guest list is expected to be a high-profile one, some prominent faces have not made to the guest list. According to reports, former President Pranab Mukherjee, former vice president Hamid Ansari and Delhi Chief Minister Arvind Kejriwal are not on the list of invitees for Rahul Gandhi's Iftar party.

According to reports, the Iftar party which the Congress is organising after a gap of two years will be organised at Taj Palace hotel in New Delhi.

Former President Pranab Mukherjee, who served Congress for five decades till he became the president in 2012, has allegedly not been invited for Rahul Gandhi's Iftar party after he attended an event by the Rashtriya Swayamsevak Sangh (RSS) at their headquarters in Nagpur last week. The acceptance of RSS invitation by Pranab Mukherjee had drawn sharp criticism from several corners, including senior leaders of the Congress.

Meanwhile, a Congress leader refuted the report of Pranab Mukherjee’s name being avoided in Rahul Gandhi's Iftar party list. “Pranab da is a part and parcel of this party. If we are sending out invitations to every other party, why not him. There has been no directive from the party high command to not invite him,” a Congress leader was quoted as saying by DNA.

Just ahead of the RSS event in Nagpur last Thursday, senior Congress leader Ahmed Patel had tweeted that he “did not expect this from Pranab Da”.

Pranab Mukherjee’s daughter Sharmistha Mukherjee also took to Twitter, warning her father of the consequences of him attending the RSS event. She had said that words would be forgotten while pictures would remain, alleging that the BJP and the RSS might use the pictures of the event in future for political gains.

However, Pranab Mukherjee’s speech at the RSS event was appreciated, with the Congress saying that he had shown the “mirror of truth” to the RSS.

The decision by Congress to resume Iftar party after two years comes days after President Ram Nath Kovind decided to discontinue the feast traditionally held at the Rashtrapati Bhavan.

Also read: Prez Kovind says no to religious functions at Rashtrapati Bhavan; no Iftar this year

On the other hand, Congress’ Iftar party will be keenly watched as it may turn out to be a show of power by the anti-BJP parties, with the Grand Old Party positioning itself as the centre of the opposition unity ahead of the 2019 Lok Sabha elections.