Most of the camp residents in over 150 houses were evacuated to flush out other terrorists. 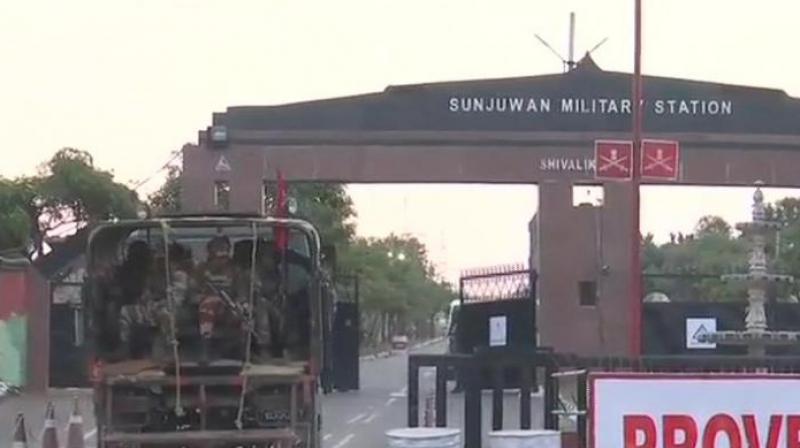 Army Chief General Bipin Rawat arrived at the camp late on Saturday night and was briefed on the situation by two commanders. (Photo: ANI)

Srinagar: Three more Army personnel and a civilian were killed in the Sunjwan Army camp attack in Jammu even as the operation to flush out the JeM militants entered the second day on Sunday, taking the toll to six.

Four of the terrorists have been gunned down in the anti-terror operation.

The National Investigation Agency (NIA) team on Sunday reached Sunjwan Army Camp to take stock of the situation after the terrorist attack.

A group of heavily armed Jaish-e-Mohammad terrorists who wore Army combat uniform had attacked the sprawling camp of the 36 brigade of Jammu and Kashmir Light Infantry early on Saturday, triggering a gunbattle. Two Army personnel, including a Junior Commissioned Officer (JCO) were killed on Saturday.

The latest attack on the camp took place nearly 15 months after the Jammu region was hit by a similar attack. On November 29, 2016, terrorists had stormed the Army's Nagrota camp on the outskirts of the city, killing seven Army personnel including two officers. Three terrorists were also gunned down.

The terrorists launched the attack on Sunjwan Military Station of 36 Brigade around 4.55 am on Saturday after entering from the rear side of the Army camp where family quarters are located.

Army Chief General Bipin Rawat arrived at the camp late on Saturday night and was briefed on the situation by two commanders.

While there was no action around the main entrance and vehicles were moving along the Jammu-Lakhanpur bypass in front of the camp, Army personnel in bullet-proof vehicles engaged in the operation to rescue people from the family quarters in the rear side of the base.

Contingents of CRPF and police were posted outside the boundary wall and were keeping curious onlookers at bay to avoid civilian casualties.

The attack follows Intelligence inputs warning of an attack on the Army or the security establishment by JeM in view of the death anniversary of Parliament attack convict Afzal Guru.