Economic issues including trade and investment are also expected to be discussed in detail. 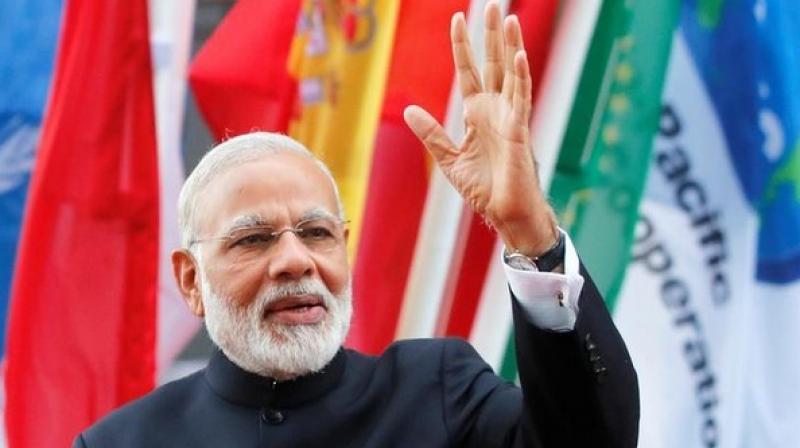 New Delhi: As Prime Minister Narendra Modi travels to Manila on Sunday to attend the Asean-India and East Asia Summits on November 14, there are indications that a meeting of foreign ministry officials at the joint secretary level between India, Japan, the United States and Australia is likely to be held on the sidelines. In the face of China’s increasing military assertiveness, Japan has already proposed that a “quadrilateral” comprising the four nations be formed to discuss various issues in the Asia-Pacific region.

New Delhi has already indicated it is open to any opportunity to work with “like-minded” nations but sources warned that any such meeting should not be seen as an intention to join the “quadrilateral” as yet. India may, however, be inching towards joining such a consultation process, specially as it has already pointed out it is part of several trilateral discussions with various countries.

Prime Minister Modi will attend the 15th Asean-India Summit and the 12th East Asia Summit on November 14. In the context of growing global religious extremism and terrorism, Mr Modi may discuss the issue of de-radicalisation with Asean leaders, sources indicated. Economic issues including trade and investment are also expected to be discussed in detail. Mr Modi will also have a bilateral meeting with Philippines President Rodrigo Duterte on November 13. He is also expected to meet US President Donald Trump, but it has not yet been officially announced.

Mr Modi is also expected to visit the International Rice Research Institute near Manila, an institute which has contributed to better quality rice yields. The institute is expected to open a regional branch in Varanasi, which is the PM’s constituency. He will also visit the Mahavir Philippines Centre, which produces the famous “Jaipur foot” artificial limb.

Mr Modi is visiting Manila at a time when New Delhi is gearing up to receive top leaders of all the 10 Asean countries for a special Asean-India Summit in New Delhi in January this year to celebrate 25 years of Indo-Asean partnership. This will be followed by their presence as chief guests at the Republic Day celebrations on January 26. Various events celebrating the association will be held in the coming months, including a “Pravasi” meeting in Singapore.

In a statement, the MEA said, “Prime Minister Narendra Modi will attend the 15th Asean-India Summit and the 12th East Asia Summit to be held in Manila, Philippines on November 14, 2017, at the invitation of H.E. Mr Rodrigo Roa Duterte, President of the Republic of the Philippines. The summits will be attended by heads of state/government of the 10 Asean and 18 East Asia Summit Participating Countries respectively. During the visit, the Prime Minister (Mr Modi) will have a bilateral meeting with President Duterte. In the margins, the Prime Minister will also hold bilateral meetings with several other world leaders.” The MEA added, “The East Asia Summit is the premier Leaders-led forum in the Indo-Pacific. Since its inception in 2005, it has played a significant role in the strategic, geopolitical and economic evolution of East Asia. Apart from the 10 Asean member states, East Asia Summit includes India, China, Japan, Republic of Korea, Australia, New Zealand, United States and Russia. India, being a founding member of the East Asia Summit, is committed to strengthening the East Asia Summit and making it more effective for dealing with contemporary challenges.”

“At the 12th East Asia Summit, leaders will discuss matters of regional and international interest and concern including maritime security, terrorism, non-proliferation, irregular migration, etc. The leaders are also expected to accept declarations on Countering the Spread of Terrorist Narratives, Anti-Money Laundering and Countering Financing of Terrorism and Poverty Alleviation. The PM would be also attending a meeting on the Regional Compre-hensive Economic Partnership Negotiations which would follow the 12th East Asia Summit,” it added.