India   All India  10 Aug 2019  Sigh of relief: Families in Kashmir allowed to talk to their children
India, All India

Sigh of relief: Families in Kashmir allowed to talk to their children

A couple of phones in DC office are only means of communication open for Kashmiri to speak to people outside the state from 10 am to 5 pm. 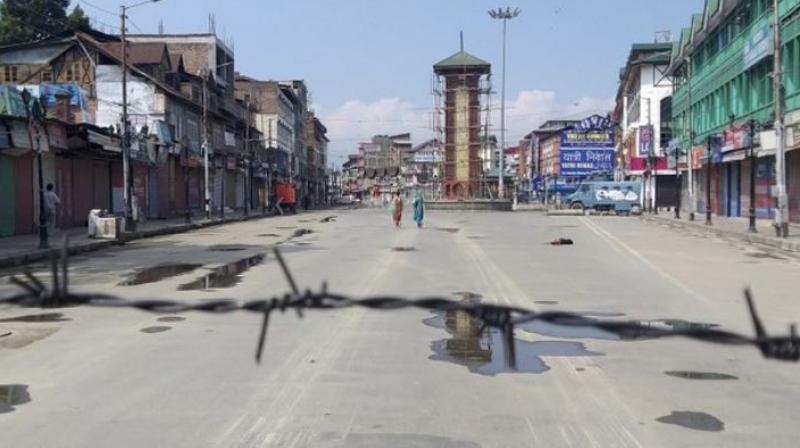 People in Valley have been requesting the administration to at least open some lines of communication. (Photo: AP)

Srinagar: Amid relief from lockdown in the Valley, Mohammad Ishaq and his wife Shabeena Akhtar begged before the forces guarding the Deputy Commissioner (DC) Srinagar’s office to allow them inside.

The troopers, however, said that they could only allow Ishaq as there was no female security at the gate to frisk Akhtar. The couple had come to make a call to their daughter who is studying in Dhaka.

A couple of phones in the DC office are the only means of communication open for Kashmiri people to speak to people outside the state from 10 am to 5 pm, reported News18.

Ishaq and Akhtar were desperately waiting for their turn to speak to their daughter on one of these phone lines.

Akhtar pleaded:  “I have to talk to my daughter. I haven’t listened to her voice for five days. I don’t know how she has been.” But it went in vain. Only Ishaq was allowed.

After waiting for half-an-hour and registering his name to make a call, his name was shouted and finally dialled his daughter’s number. It couldn’t connect. The operator said that they could not make international calls.

Bewildered, Ishaq called his niece who is studying in a Delhi college. His niece got hold of another mobile phone, dialled Ishaq’s daughter’s number, and put her through to him.

Ishaq’s eyes were filled with tears as he listened to the voice of his daughter for the first time in five days. He was allowed to talk to her for five minutes.

Ishaq came out and said: “She is all well and healthy.”  Both felt a sense of relief.

People in Valley have been requesting the administration to at least open some lines of communication. From past five days, in Kashmir, there had been absolute ban on internet, phone services. The communications were snapped after Centre decided to scrap Article 370 which gave special status to Jammu and Kashmir.