Ahead of Anantnag bypoll, govt schools set on fire in J&K

Internet services have been suspended in entire Kashmir Valley till Anantnag by-polls on April 12. 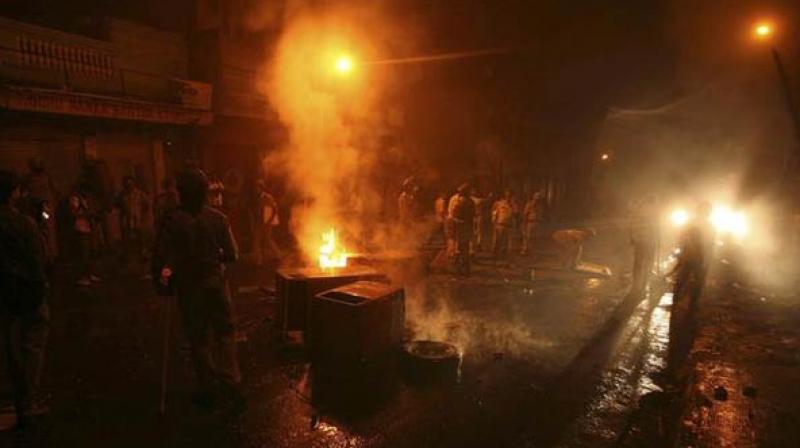 Srinagar: Government schools designated as polling booths ahead of the Anantnag by-polls are under attack in Jammu and Kashmir, as miscreants set them on fire in a clear attempt to obstruct the upcoming polls.

Earlier today, a government middle school, in Shopian's Padarpora was set ablaze by unidentified people and on Sunday, the Government High School in Pulwama was razed to the ground in a similar manner.

Meanwhile, security remains tight and the Valley has been turned into a fortress. Booths have been provided maximum security, with hundreds of troopers deployed at colleges and schools where voting will be held.

Following the escalation of violence on Sunday, internet services have been suspended in entire Kashmir Valley till Anantnag by-polls on April 12.

Apart from this, all Kashmir University exams scheduled to be held up-to the Anatanag by-polls have been postponed.

New dates for the same will be notified separately. Meanwhile, with another civilian succumbing to injuries, the death toll in the brutal Budgam clashes has gone up to 8.

The civilians were killed during clashes with security forces in various areas of central Kashmir's Budgam district.

Srinagar Parliamentary constituency witnessed lowest voter turnout for the by-polls in 27 years, in the wake of the clashes.