Constantly in touch with Indians affected by Hurricane Irma: MEA

Irma, a category 5 hurricane with winds swirling at 260 kilometres per hour, barrelled towards Florida after making landfall in Cuba. 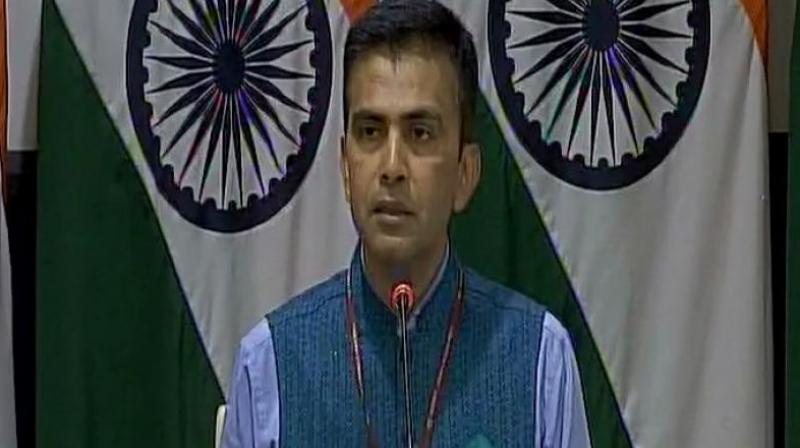 New Delhi: The External Affairs Ministry on Saturday said that it was monitoring the situation and communicating with the Indian diaspora in the US, Venezuela, France and the Netherlands in the wake of deadly Hurricane Irma.

The ministry's spokesman Raveesh Kumar said the Indian missions in the four countries were in touch with local government officials to provide assistance to the affected Indians.

"Our missions in Venezuela, the Netherlands, France and the US are constantly monitoring the situation following destruction due to hurricane Irma. They are in constant touch with the Indian diaspora affected by Irma and with local government officials to provide all possible assistance," Kumar said in a series of tweets.

Irma, a category 5 hurricane with winds swirling at 260 kilometres per hour, barrelled towards Florida after making landfall in Cuba's Camaguey Archipelago. It killed at least 19 people and damaged thousands of homes on the Caribbean islands.

France said at least 10 people have been killed across its Caribbean territories with seven more missing. Two people died on the Dutch side of the Saint Martin island.

The Indian embassy in the Netherlands tweeted that they were in touch with the Dutch government.

The Indian embassy in Caracas in Venezuela was also monitoring the situation in Saint Martin and "coordinating the welfare of all Indians living there.