India hits out at UN report over J&K ‘atrocities’ 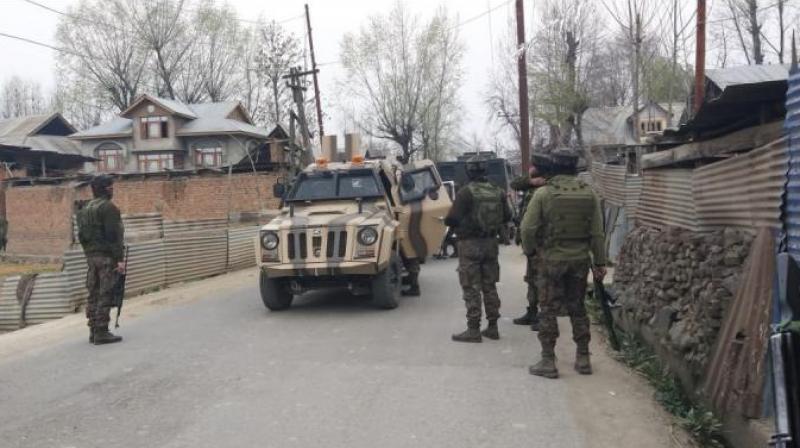 The MEA spokesperson further said that the “Update”, by distorting India’s policies, practices and values, has undermined its own credibility. (Photo: File | Representational)

New Delhi: India on Monday rejected the latest report of the Office of the United Nations High Commissioner for Human Rights (OHCHR) on human rights violation in Jammu and Kashmir in which it has accused Indian security forces of excesses. India also lodged a diplomatic protest over the wordings of the report which, it said, appears to be one sided, underplays the role of Pakistan-backed terrorists and calls UN proscribed terror groups as “armed groups.”

While saying that the report creates a false narrative, India also rejected the OHCHR’s suggestion to respect the “right of self-determination of the people of Kashmir as protected under international law” and its call for a “comprehensive independent international investigations into allegations of human rights violations in Kashmir.”

“We have registered our strong protest regarding the Update with the OHCHR. The release of such an Update has not only called into question the seriousness of OHCHR but also its alignment with the larger approach of the United Nations. The Govern-ment of India follows the policy of zero tolerance towards terrorism and will take all measures to protect its territorial integrity and sovereignty against cross-border terrorism. Motivated attempts to weaken our national resolve will never succeed,” ministry of external affairs (MEA) spokesperson Raveesh Kumar said.

He added that the latest report of the OHCHR is “merely a continuation of the earlier false and motivated narrative on the situation” in the Indian state of Jammu and Kashmir. “Its assertions are in violation of India’s sovereignty and territorial integrity and ignore the core issue of cross-border terrorism,” he said.

Taking umbrage at certain wording in the report, India said that terrorist leaders and organisations sanctioned by the UN are deliberately underplayed and called “armed groups” and added that the OHCHR report advocates for “dismemberment of a UN member state”.

“The legitimisation of terrorism has been further compounded by an unacceptable advocacy of the dismemberment of a UN member state,” Mr Kumar said.

This is the second report of the OHCHR on human rights in J&K and Pakistan-Occupied Kashmir and covers the period between May 2018 and April 2019. The first report was released on June 14, 2018, which was on similar lines as the latest, accusing Indian security forces of “excessive use of force” and mentioning proscribed terrorists and terror groups as “armed groups”.

In this report OHCHR has said that neither India nor Pakistan have taken any concrete steps to address the concerns raised by it on human rights violations.

OHCHR, in its “Update,” flagged underreporting of human rights violations cases by India and said that in “Indian-administered Kashmir” accountability for violations committed by members of the Indian security forces remains virtually non-existent. However, while OHCHR has listed 19 points for India to take corrective steps, it has mere ten suggestions for Pakistan that has high rates of human rights violations that largely go unreported.

Though this OHCHR report is of no great value other than academic discussions, the Indian side is upset with the fact that its responses and arguments have not been fully incorporated. The Indian government said that this report does not reflect the true picture of J&K situation and a false narrative is being deliberately created with a prejudiced mindset overlooking comprehensive social-economic developmental efforts in the state despite the challenges of terrorism.

“A situation created by years of cross-border terrorist attacks emanating from Pakistan has been ‘analysed’ without any reference to its causality. The `Update’ seems to be a contrived effort to create an artificial parity between the world’s largest and most vibrant democracy and a country that openly practices state-sponsored terrorism. It is a matter of deep concern that this Update seems to accord a legitimacy to terrorism that is in complete variance with UN Security Council positions,” Mr Kumar said in response to media queries with regard to the OHCHR report.

The MEA referred to the UNSC’s stand in February 2019 when it had strongly condemned the Pulwama terror attack and subsequently proscribed Masood Azhar, the self-styled leader of terrorist entity Jaish-e-Mohammed.

“However, in the update (report), terrorist leaders and organisations sanctioned by the UN are deliberately underplayed as ‘armed groups’. The legitimisation of terrorism has been further compounded by an unacceptable advocacy of the dismemberment of a UN member state,” Mr Kumar added.

He underlined that the entire state of J&K is an integral part of India and Pakistan is in illegal and forcible occupation of a part of the Indian state, including the so-called “Azad Jammu and Kashmir” and “Gilgit-Baltistan”, through aggression. “We have repeatedly called on Pakistan to vacate these occupied territories,” he said.

The MEA spokesperson further said that the “Update”, by distorting India’s policies, practices and values, has undermined its own credibility.

“Its failure to recognise an independent judiciary, human rights institutions and other mechanisms in the Indian state of J&K that safeguard, protect and promote constitutionally guaranteed fundamental rights to all citizens of India is unpardonable. Even more so as it belittles constitutional provisions, statutory procedures and established practices in an established functioning democracy,” Mr Kumar said.

In its report, OHCHR has also asked Pakistan to end the misuse of anti-terror legislation to persecute those engaging in peaceful political and civil activities and expressions of dissent, release political prisoners and criminalise enforced disappearances, and respect the “right of self-determination of the people of Kashmir as protected under international law.”