The accused asked the Supreme Court to reduce their death sentences to life imprisonment. 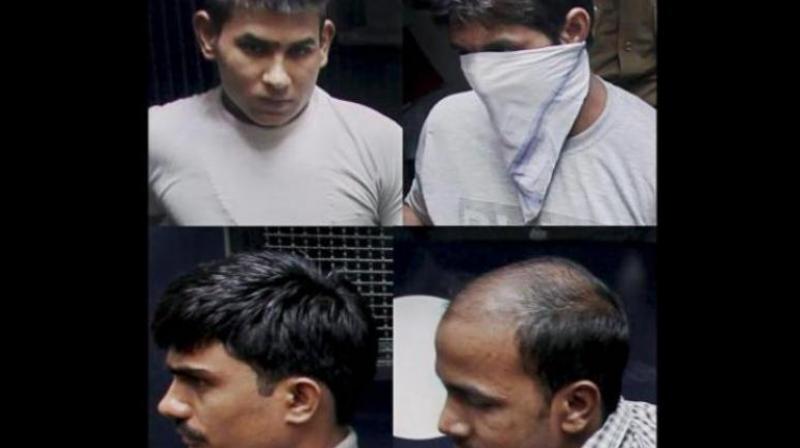 New Delhi: The Supreme Court today upheld the death sentence of the rape accused in 2012 Delhi gangrape case. The four convicts will be hanged to death.

The apex court was hearing the review petition filed by three of the four convicts seeking reduction of their death sentence to a life term. They were sentenced earlier by the court for the brutal gangrape of a 23-year-old medical student on a moving bus in Delhi on December 16, 2012.

While dismissing the review petition, the Supreme Court said that the death row convicts had failed to point out the "error" in the judgement. The convicts were heard elaborately during appeals and no grounds were made out for review of its verdict, the court added.

The accused asked the court to reduce their death sentences to life imprisonment.

Mother of the victim today said that she was confident that the judgement will be in their favour. “It has been 6 years since the incident. Similar incidents are still taking place everyday, our system has failed us. We are confident that the judgement will be in our favour & we will get justice,” Asha Devi, mother of 2012 Delhi gang-rape victim said ahead of the verdict today.

The father of the victim, Badrinath Singh, appealed the Prime Minister to take concrete steps against atrocities towards women and young girls.

Read: Verdict on Nirbhaya rapists should serve as a message: Women activists

The Supreme Court had on May 5, 2017 upheld the verdict of the Delhi High Court and the trial court sentencing the four men - Mukesh (29), Pawan Kumar Gupta (22), Vinay Sharma (23) and Akshay Kumar Singh (31) to death for raping the woman, fatally wounding her and leaving her to die by the road.

The accused had then appealed to the court to review their sentences, saying it was "cold-blooded killing in the name of Justice". The court agreed to hear their request in November, 2017.

The brutal gangrape and killing of the 23-year-old medical student on December 16, 2012, triggered public outrage and shock across India. It also led to major changes to laws on sexual crimes against women.

Of the six accused, bus driver Ram Singh killed himself in his prison. The youngest accused, just days short of 18 when he committed the crime, was sent to juvenile home.

After being treated at AIIMS, New Delhi, the woman was flown to Singapore for treatment where she died on December 29, 2012. After the incident, the woman came to be known as "Nirbhaya" or fearless. Her parents have said that all the rapists should be hanged, including the youngest.