India   All India  09 Mar 2020  Jammu and Kashmir put on alert due to coronavirus alert
India, All India

Jammu and Kashmir put on alert due to coronavirus alert 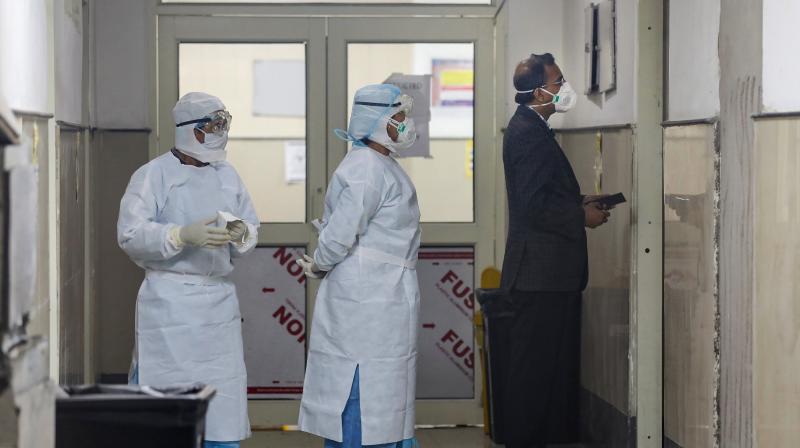 Jammu: Jammu and Kashmir has been put on alert to deal with any threat emerging from coronavirus.

Jammu and Kashmir administration Spokesperson Rohit Kansal said they are watching the situation and have put 400 people under surveillance in Satawari and Sarwal areas of Jammu.

In two other tweets late Sunday, he said all contacts of a suspected case are being tested and quarantined.

“All contacts of 1 suspected case being tested and quarantined; 400 others under surveillance,” Kansal said.

He said the administration is making two coronavirus testing labs functional in the Union Territory from Monday, while two more are going to start functioning in the next couple of days.

Officials said the first coronavirus testing lab has been set up at Sher-e-Kashmir Institute of Medical Sciences (SKIMS) Soura after necessary training was imparted to the staff. Two more testing labs, one each in GMC Jammu and Srinagar, are likely to start functioning from Wednesday.

Dispelling apprehensions of any major emergency, the Jammu and Kashmir administration said that it was monitoring and reviewing the situation closely and there was no need to panic.

“A total of 287 cases were put under active surveillance. 95 of these completed the surveillance period of 28 days, while 28 samples of suspected cases had been sent for testing so far, of which 25 were reported negative,” the official said.

Listing the measures taken to control and prevent the spread of the virus, the government had said 100 per cent self-declaration protocols were already established at Jammu and Srinagar airports.

“All entrants to Jammu and Kashmir via road are also being monitored at Lakhanpur and Lower Munda respectively. Help desks at railway stations, Jammu and Katra, are also operational,” a government spokesman said.

He said 100 per cent self-declaration and thermal imaging have also been introduced for all pilgrims visiting the Mata Vaishno Devi Shrine in Reasi district.

The government had appealed to the public to cooperate fully wherever quarantine was advised.