Test results of another Iran-returnee is still awaited 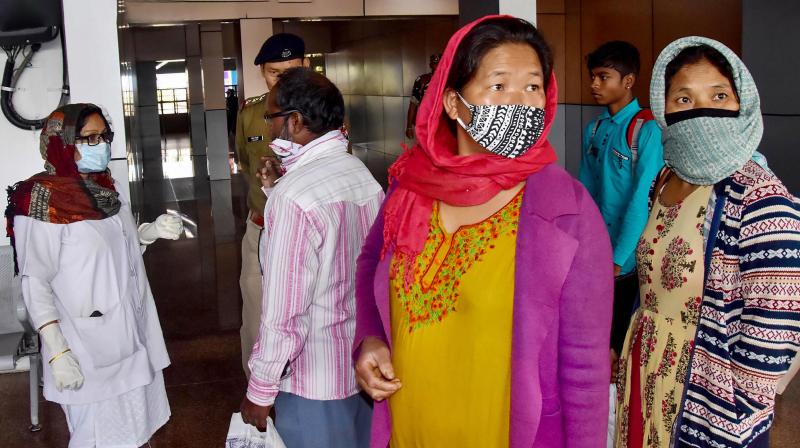 Jammu: A 63-year-old woman tested positive for Covid-19 coronavirus in Jammu, officials said on Monday. This raises the number of cases in the country to 43.

Total confirmed cases of #COVID2019 now 43. Three of these from Kerala have been discharged.

The woman, who had a travel history to Iran, was among two patients who were declared “high viral load cases” by the administration on the weekend.

They are undergoing treatment at the isolation ward of the Government Medical College (GMC) hospital and are in a stable condition, the officials said.

Another woman, who had returned from Saudi Arabia, was admitted in GMC hospital Doda on Sunday and was kept under observation in an isolation ward, the officials said.

Her samples were sent to National Institute of Virology (NIV) in Pune for testing, they added.

After the two patients were declared “high load viral cases” on Saturday, the administration announced immediate closure of all primary schools in six districts of the Union Territory and suspension of all biometric attendance till March 31 as a precautionary measure.

The two with a travel history to coronavirus-hit Italy, South Korea and Iran had fled the hospital's isolation ward on Wednesday shortly after their admission, but were brought back within hours of the incident.

Their samples were sent to Pune.