The earlier directive released on the issue had stated that “the requirement of compulsory advertisement in newspapers has been dispensed with”. 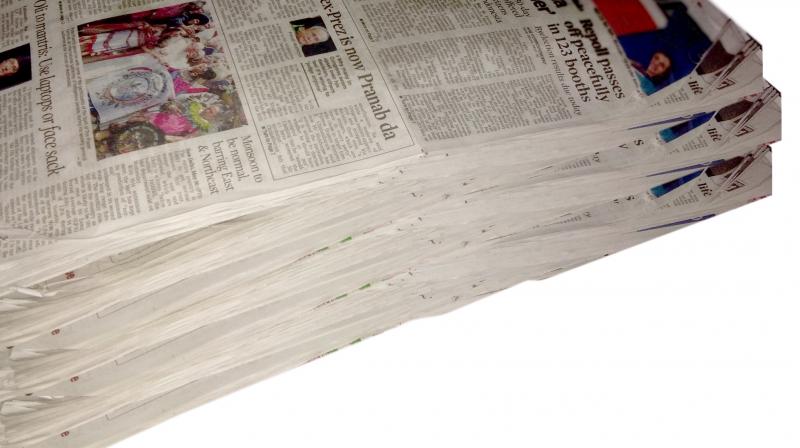 The Narendra Modi government had decided to push for digitisation in the advertisement policy for publication of government tenders in newspapers and magazines.(Representational image)

New Delhi: The government has withdrawn its earlier order which controlled advertisments of tender notices in newspapers. The new directive has clarified that though the compulsory publishing of the tender notice advertisements in newspapers has been dispensed with, “administrative ministries/departments are free to decide on the advertisements of the tender notices in newspapers, based on the merit of the case”. This newspaper had first, on March 16, reported that a government directive has stated that tenders above certain threshhold value should be given on Central Public Procurement Portal, Government e-Marketplace Portal as well on the websites of ministries and departments.

“The decision to issue or not to issue the tenders in newspapers will remain with the concerned administrative ministries/ departments and BOC (bureau of outreach and communication) will release those advertisements as requested by them,” the new directive added.

The order also added that as per the provisions of Rule 16(i), GFRs 2017, subject to some exceptions, advertisements are to be mandatorily placed on the Central Public Procurement Portal (CPPP) at www.eprocure.gov.in and on the Government e-Marketplace (GeM). Besides, an organisation having its own website should also publish its advertised tendered enquiries on its site.

Further Rule 161 (iii) of the order also states, “The advertisements for invitation of tenders should give the complete web address from where the bidding documents can be downloaded.”

The Narendra Modi government had decided to push for digitisation in the advertisement policy for publication of government tenders in newspapers and magazines.

The earlier directive released on the issue had stated that “the requirement of compulsory advertisement in newspapers has been dispensed with”.