A grenade blast rocked general bus stand in Jammu on Thursday afternoon, killing a teenager and injuring 32 others. 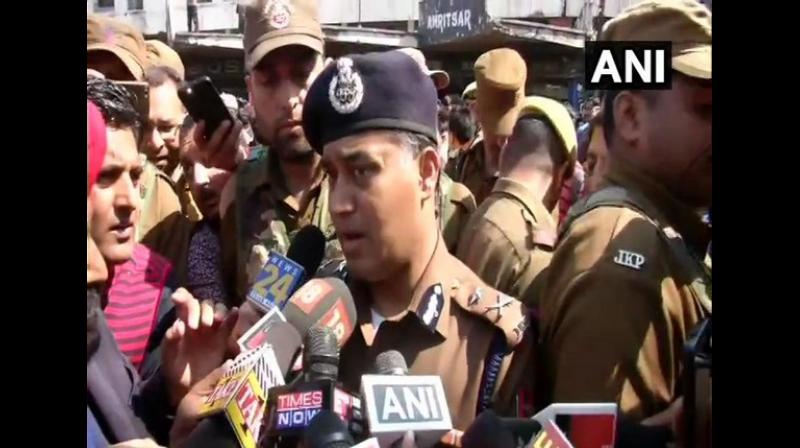 Jammu: A day after a grenade attack at the crowded general bus stand here left two persons dead and 31 others injured, the Jammu and Kashmir Police Friday appealed to shopkeepers to install CCTV cameras to help the force to keep the city safe.

Inspector General of Police, Jammu, M K Sinha made the appeal in a post on his Twitter account. "Appeal to all market associations in Jammu city. Help Jammu police in keeping your city safe. Install as many CCTV cameras looking out from your shops and establishments as possible. Early action would be very helpful," he wrote on the micro-blogging site.

Appeal to all market associations in Jammu city. Help Jammu Police in keeping your city safe. Install as many CCTV cameras looking out from your shops and establisments as possible. Early action would be very helpful.

A grenade blast rocked general bus stand at Jammu, in the heart of the city around Thursday afternoon, killing a teenager Mohammad Sharik of Uttrakhand and injuring 32 others.

One of the injured, Mohammad Riyaz from Kashmir, succumbed to injuries at Government Medical College hospital in the early hours of Friday, taking the death toll in the incident to two.

Within hours of the incident, police arrested the accused based on the oral testimony of the eye-witnesses and the CCTV footage and said he was tasked by terror outfit Hizbul Mujahideen to carry out the attack.

He said Bhat, who had reached Jammu along with the grenade Thursday morning after he left Kulgam the previous night, was fleeing after the attack when he was arrested by alert policemen at Nagrota on the outskirts of the city.

The third grenade attack by terrorists on Jammu bus stand since May last comes just three weeks after the Pulwama terror strike on February 14 that killed 40 CRPF jawans, bringing India and Pakistan on the brink of war.