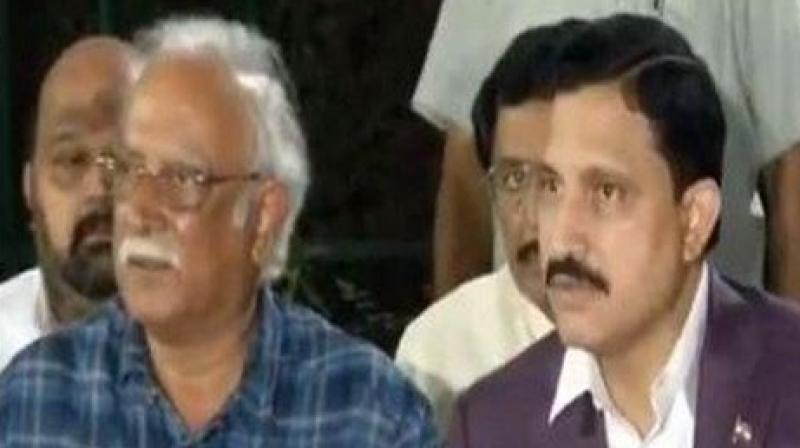 TDP MP YS Choudhary addressing the media after resignation said that TDP will continue to be a part of the NDA but not take up any ministerial positions.

"I don't think it's fair on our part to expect PM to deal with these issues. It's for the concerned ministries to take up, already considerable amount of time has lapsed," he said.

On being asked on the possibility of BJP-YSRCP alliance, Choudhary said that it is a decision between those two parties.

"We have nothing to say on that, you can ask them," he said. 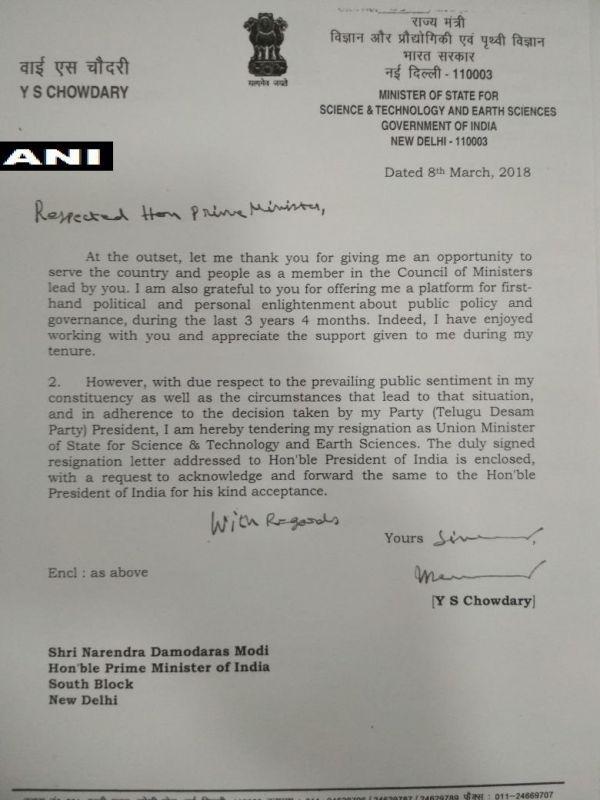 Naidu explained to the PM about reasons leading to central ministers’ resignation and the TDP withdrawing from the Union Government, TDP sources were quoted as saying by ANI.

Civil Aviation Minister Ashok Gajapathi Raju and Minister of State for Science and Technology YS Chowdary later met the Prime Minister and handed over their resignations. 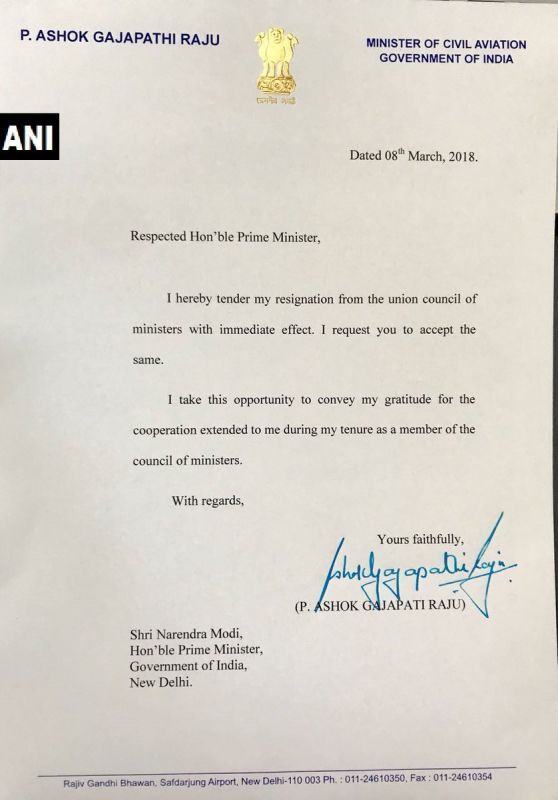 Earlier on Thursday, Naidu claimed that he had tried to get in touch with the Prime Minister to inform about his decision of pulling out two TDP ministers from the Union Cabinet, but was unavailable.

"As a courtesy and being a responsible senior politician, I tried reaching out to the Prime Minister to inform about our decision. He was unavailable," he said.

The decision was announced by Chandrababu Naidu at a press conference in Amaravati late on Wednesday after a meeting with his party ministers.

The decision came hours after Union Finance Minister Arun Jaitley suggested that grant of special status to Andhra Pradesh, a key demand made by Naidu, may not be possible.