Doctors at the Kauvery Hospital kept the leader on maximum medical support but his health continued to decline. 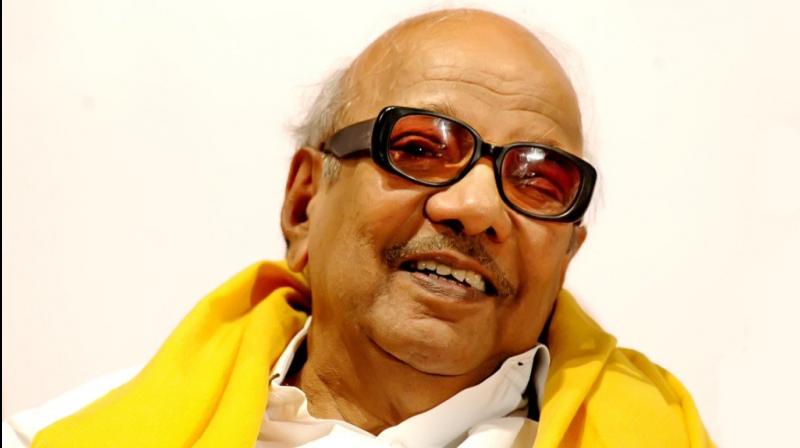 The DMK head served as the chief minister of Tamil Nadu for five separate terms in the 1969–2011 period. (Photo: Twitter/@kalaignar89)

Chennai: Towering Tamil Nadu politician Muthuvel Karunanidhi breathed his last on Tuesday, August 7, in Chennai after battling ill health for weeks. He was 94.

Doctors at the Kauvery Hospital kept the leader on maximum medical support but his health continued to decline. It was becoming a challenge to keep his vital organs functioning, doctors had said on Monday.

According to reports, Riot Control police was also deployed to contain the emotionally-charged party workers who turned up in large numbers.

The DMK patriarch was admitted to Kauvery hospital following a drop in blood pressure on July 28. Since then, the medical status of the 94-year-old has gone through ups and downs.

After a health scare, the doctors extended his period of hospitalisation due to age-related overall decline in his general health, altered liver functions and haematological parameters.

Here are the LIVE updates: 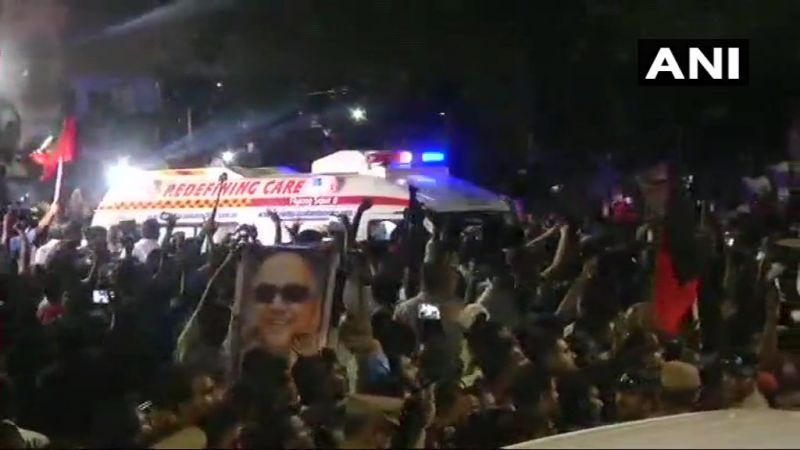 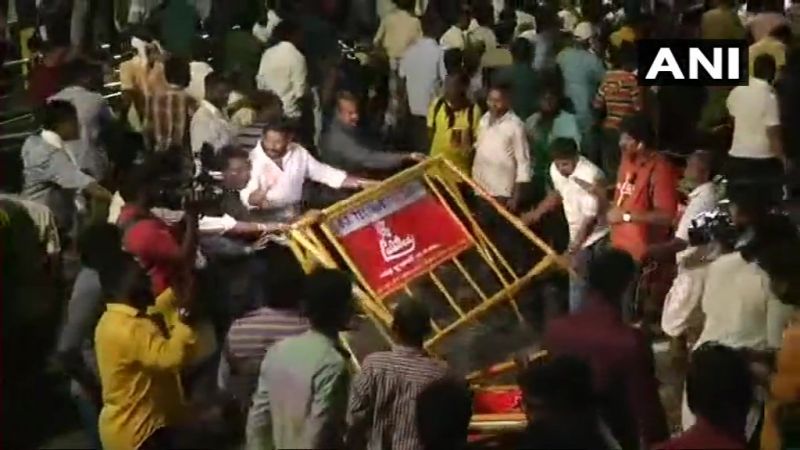 8:07 pm: "He had shown the path to regional parties, its a tragic moment for his workers and those who loved him. He was a mature leader and a statesman. Pray to almighty that his soul rests in peace,"  says HD Deve Gowda.

8:00 pm: M K Stalin in a statement has appealed to DMK workers to maintain peace and discipline, thanks doctors and the management of Kauvery Hospital.

7:45 pm: PM Narendra Modi to travel to Chennai on Wednesday morning, to pay his last respects to the DMK chief. 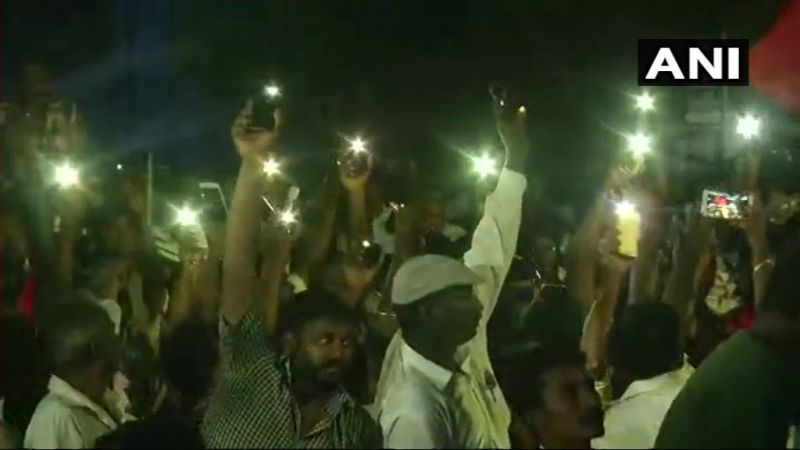 7:30 pm: In a statement, Telangana CM KC Rao expressed his condolences to the bereaved members of the family: In his death, India has lost a political stalwart and it will be difficult to fill the void caused by his sad demise.

7:15 pm: President Ram Nath Kovind said, "Extremely sad to learn of the passing of Thiru M. Karunanidhi. A doyen of our public life, as a contributor to the development of Tamil Nadu and of India he has few peers. Our country is poorer today. My condolences to his family and millions of well-wishers."

7:00 pm: Actor Rajnikanth while mourning the death of DMK patriarch said, "Today is a black day in my life, one which I can never forget as I lost my Kalaignar. I pray for his soul."

06:45 pm: PM Narendra Modi condoled the death of DMK patriarch M Karunanidhi. He tweeted: "Deeply saddened by passing away of Kalaignar Karunanidhi. He was one of the senior most leaders of India. We have lost a deep-rooted mass leader, prolific thinker, accomplished writer and a stalwart whose life was devoted to the welfare of the poor and the marginalised."

September 17, 1949: Among the ‘Founding members’ of the DMK at the rally at Robinson Park in old North Madras, where DMK was launched.

July 1953: Arrested for the ‘Kallakudi Agitation’, demanding renaming of Dalmiyapuram railway station as part of the anti-Hindi agitation, along with poet Kannadasan and others; Karunanidhi was convicted for six months for that stir.

February 1954: Returns to Chennai to a hero’s welcome at Egmore station.

April 1957: Elected for first time to the Madras (later Tamil Nadu) Legislative Assembly from Kulittalai constituency near Tiruchy; Noted for his anti-Zamindari campaign there in the run-up to the Assembly polls that year.

1962: Deputy leader of the Opposition in the Assembly on election from Thanjavur constituency.

February 10, 1969: Sworn in as Chief Minister of Tamil Nadu after untimely demise of his leader and mentor Annadurai

March 15, 1971: Takes charge as Chief Minister in his second term

May 13, 1996: Assumes office as CM for fourth time after leading DMK to a massive win in alliance with G.K. Moopanar-led Tamil Maanila Congress.

December 31, 1999- January 1, 2000: Presides over unveiling of the massive 133-feet tall statue of saint-poet Thiruvalluvar at Kanyakumari.

May 13, 2006: Sworn in chief minister for fifth time, elected from Chepauk constituency in Chennai.

February 12, 2009: Undergoes major spinal surgery that confined him permanently to a wheel-chair; missed the Republic Day Parade for the first time that year in his long over eight-decades-long public life.

April 28, 2009: Goes on a sudden, indefinite fast at Anna Square on the Marina in Chennai to press the Sri Lankan government to announce a ceasefire in its war against the Tamil militants in the Island’s North.

August 10, 2017: Steered by his son M K Stalin, Karunanidhi visits ‘Murasoli’ office in Chennai on occasion of its ‘Pavazha Vizha’, a rare visit outside his Gopalapuram house where he stayed put since his second bout of illness in October 2016.