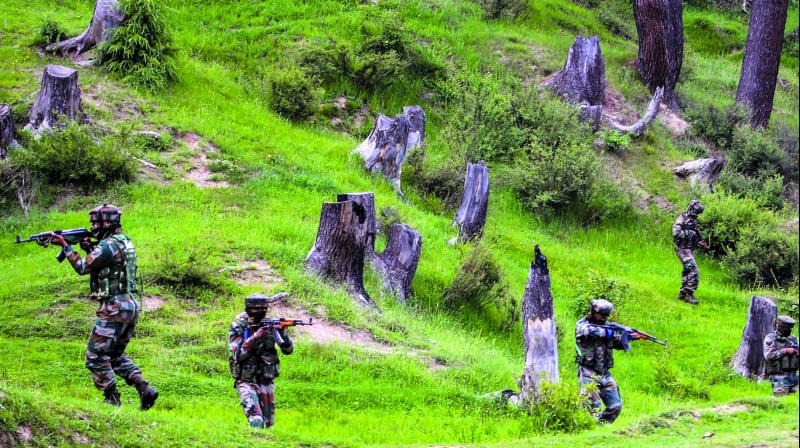 Indian Army Major and three soldiers were killed in a gun battle with terrorists who were trying infiltrate in the state from north Kashmir's Gurez. (Representational Image | PTI)

Jammu: An Indian Army Major and three soldiers were killed in a gun battle with terrorists who were trying infiltrate in the state from north Kashmir's Gurez, officials told news agency Press Trust of India.

The encounter between the Army's patrolling party and the infiltrating group took place at Govind Nallah in Gurez sector of Bandipore district.

The bodies of two militants could be seen from a distance while two more are believed to have been killed, they said.

Further reinforcements were rushed to the encounter site.

The deceased have been identified as Major K P Rane, hawaldars Jamie Singh and Vikramjeet and rifleman Mandeep.

Initial reports said a group of eight was trying to infiltrate into the country. Of them, four ran back to Pakistan-occupied-Kashmir (PoK), officials said.