Naikoo carried a reward of Rs 12 lakh on his head. 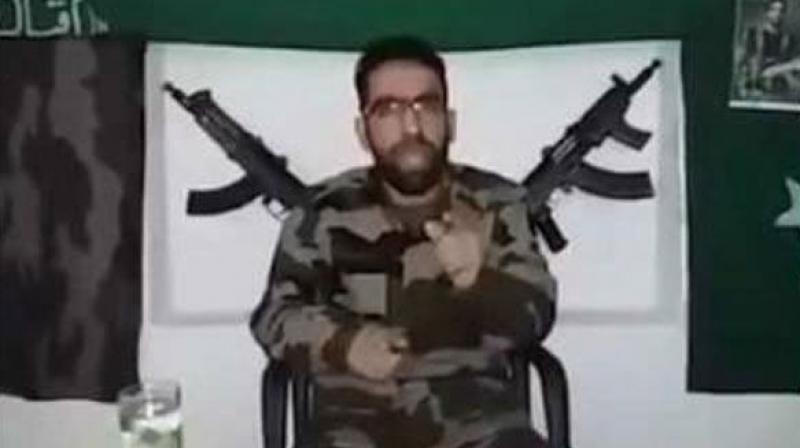 File image of Riyaz Naikoo from a video.

Top Hizbul Mujahideen commander Riyaz Naikoo was killed in an encounter with security forces in Awantipora town of Jammu and Kashmir on Wednesday.

Naikoo carried a reward of  Rs 12 lakh on his head and his killing would be considered a big blow to terror activities in the Valley as he was responsible for a number of attacks against the security forces in the last few years.

According to a news channel, Naikoo's bodyguard is also believed to have been killed in the operation which began late last night.

As per media reports, the operation was jointly conducted by the Jammu and Kashmir Police, Indian Army and the CRPF.

As a precuationary measure, the administration suspended mobile internet services in the Valley, PTI said.

Update. In the ongoing encounter at Sarshali, #Khrew,#Awantipur
One terrorist killed so far.
Details shall follow. https://t.co/jcoE9l6Bon

"Police last night launched an operation on a specific input at Beighpora. Senior officers are monitoring it since last night," a police official said without mentioning the name of Naikoo.