The Delhi Government is different from the government in other states. 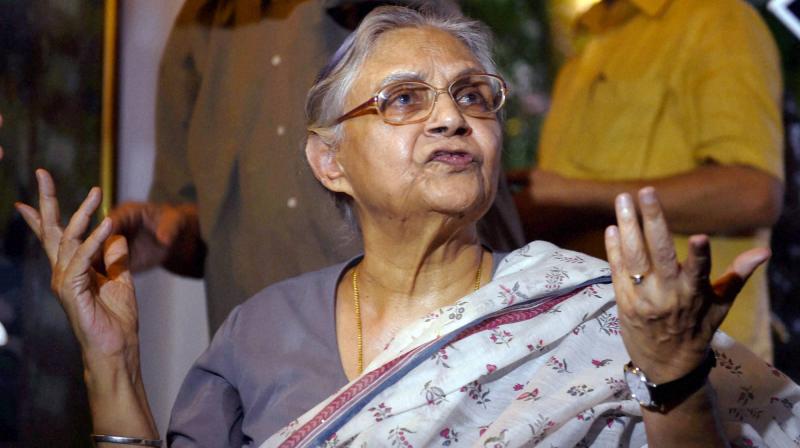 Commenting on the action to be taken after the exposure made by the Shunglu Committee report, Dikshit said that the Lieutenant-Governor and Home Ministry would decide what action has to be taken in this regard.

"He (Kejriwal) wants to dictate terms. The Delhi Government is different from the government in other states. It has to work in coordination with others, but Kejriwal only knows how to confront," Dikshit said.

Dikshit further said that the Delhi Government is different from other state governments (Delhi being the national capital) due to which it has to work in coordination with others.

"When in power, one has to work according to law and rules otherwise people start doubting. They think that either you have to oblige some person personally or you don't have the ability to rule, or you have the motive of doing favouritism. Personal views do not work in government," she said.

The former Delhi chief minister said that the decisions taken by the government should be in the favour of the people and nation, and not in one's own interest.

"The report has exposed everything. What people were speculating has turned out to be true. The report has given detailed information of everything. The Lieutenant-Governor, Home Ministry will now decide what action has to be taken in this regard," she added.

In a major setback to the Aam Aadmi Party (AAP), the three-member Shunglu Committee, set up by former Lieutenant-Governor Najeeb Jung unearthed irregularities in the allotment of lands by Kejriwal-led government while alleging that party allotted residential houses to its minister under the guise of office accommodation.

The committee, in the above-mentioned 100-page report, raised questions on the allotment of 206, Rouse Avenue - a minister's bungalow used as party office - to AAP.