The bike-borne kidnappers had abducted the class one student from his school bus at around 8 am on January 25 in east Delhi. 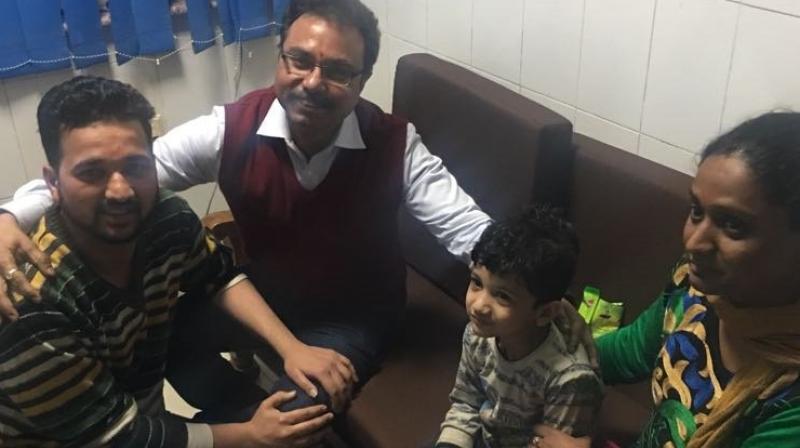 The Delhi police had got a lead when the abductors called the parents of the child on January 28 and demanded a ransom of Rs 50 lakh. (Photo: ANI)

New Delhi: A child was who brazenly abducted from his school bus in east Delhi a day before the Republic Day by two unidentified bike-borne men, was rescued in the wee hours of Tuesday after a fierce gunfight with the kidnappers, the police said.

The shootout started soon after the kidnappers fired at the Delhi Police's crime branch officials, who were raiding a flat in an apartment complex at about 1 am in Shalimar City of Sahibabad. One kidnapper was shot dead while two others were injured in the gunfight, police said according to a report in NDTV.

The Delhi police had got a lead when the abductors called the parents of the child on January 28 and demanded a ransom of Rs 50 lakh.

The incident happened at a time when there was an unprecedented security cover in place in the national capital in view of the India-ASEAN commemorative summit and the Republic Day celebrations.

The incident took place at around 8 am on January 25 in east Delhi when the boy was in the school bus along with 20 other students, including his elder sibling, officials said.

The bike-borne kidnappers overtook the bus and then barged inside brandishing weapons. When the bus driver protested they fired at him. They then took the child with them and sped off on their motorcycle, officials added.

The police was searching for the child and had alerted their counterparts in Uttar Pradesh.

The police had suspected it as a handiwork of someone who knew the child's family and who was well-aware of his daily routine.