TMC MP calls for ban on rape scenes in films

Urges govt to bring law to bar use of vulgar words in literature. 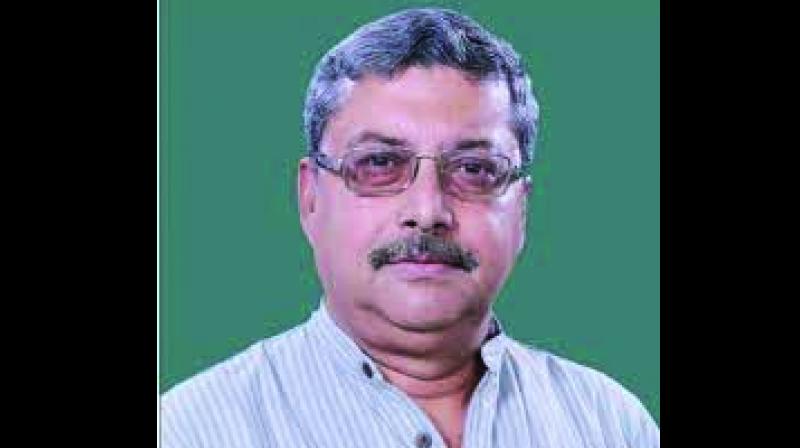 New Delhi: Trinamul Congress Member of Parliament, Kalyan Banerjee, on Wednesday urged the government to bring in a legislation to prohibit picturisation of rape and molestation in films, and ban the use of vulgar language in literature.

Raising the matter of women safety in the wake of the recent incident in Hyderabad during the Zero Hour in Lok Sabha, Banerjee said everyone in India is at present “very much concerned about the factum of committing rapes all over the country”.

Incidentally, five actresses were sitting in the House at that time, two of TMC — Mimi Chakraborty and Shatabdi Roy — and three of BJP — Hema Malini, Kirron Kher and Locket Chatterjee along with two actors — Ravi Kishan (BJP) and Anubhav Mohanty (BJD).

Speaking immediately after Banerjee, BJP MP from Hooghly, Locket Chatterjee took on TMC over the safety of women and rising crime in West Bengal resulting in a verbal dual between the two parties.

“Today everybody is highly concerned about the condition of the women in the country. particularly in Hyderabad, and Kalyanji has very rightly raised the issue. He has talked about removing the vulgar dialogues and obscene shots from the movies. Very true. But what pains me more is the fact that when the entire country is fuming against the Hyderabad incident, in our state West Bengal, just near the house of our chief minister, two women foothpath dwellers were gang raped and nobody talked about that,” said Chatterjee.