A recent survey by Lokniti-CSDS-ABP News has predicted that each will get 43 per cent votes. 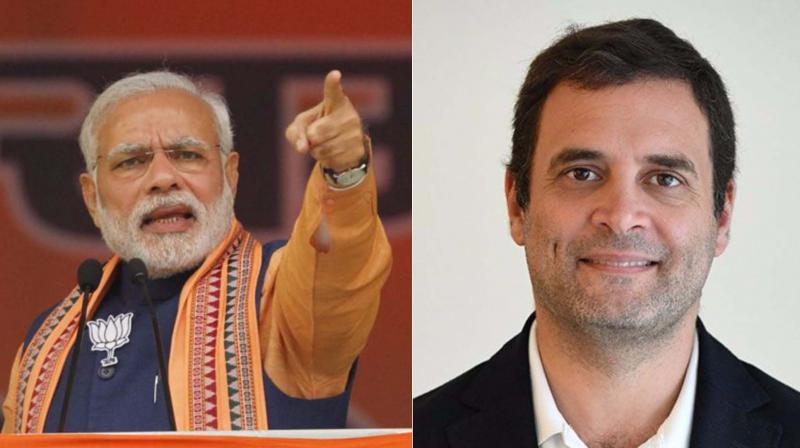 Congress has to bridge a gap of almost 9 per cent vote share, the difference that led BJP to victory in 2012. (Photo: File/PTI)

New Delhi: Gujarat will see a close fight between the ruling BJP and the opposition Congress in the upcoming Assembly polls, as a recent opinion survey has predicted that each party will get 43 per cent votes.

The survey by Lokniti-CSDS-ABP News has predicted that out of the 182 seats in the Legislative Assembly, BJP will occupy 91-99 seats while the Congress will be able to get its hands on 78-86 seats, according to reports.

The survey also indicates that the BJP has lost 16 per cent of its votes in the past four months.

The Congress is also hoping to bridge a gap of almost 9 per cent vote share, the difference that led the BJP to victory in 2012.

BJP on the other hand, is not only confident of winning the polls but also of increasing the vote share gap.

Patidar leader Hardik Patel has been steadily losing popularity since August, and has crashed by 6 per cent in October alone, coming down from 64 per cent to 58 per cent among Patel voters, the survey said.

Gujarat will go to the polls on December 9 and 14, and the results will be declared on December 18.