The video captured in CCTV camera from a busy road in west Delhi' Khyala, shows Ankit in a black leather jacket around 8 pm on Thursday. 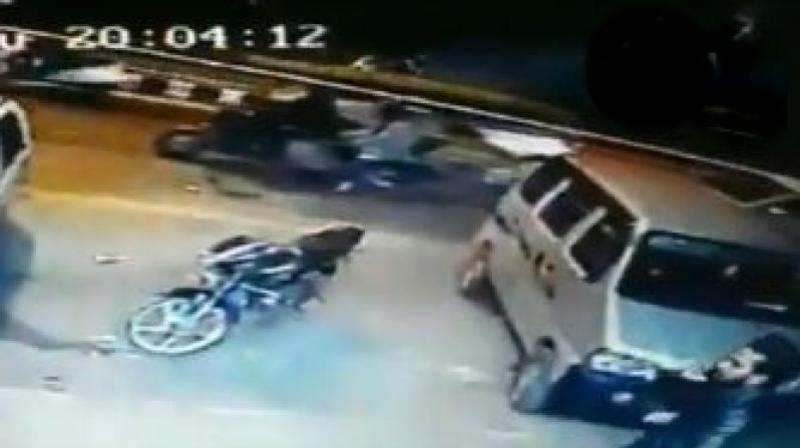 New Delhi: Minutes before 23-year-old Delhi photographer Ankit Saxena was brutally stabbed to death by the family of his girlfriend in full public view last week, he was seen pacing and making frantic calls from his mobile phone. The video captured in CCTV camera from a busy road in west Delhi's Khyala, shows Ankit in a black leather jacket around 8 pm on Thursday, February 1.

According to a report in NDTV, the same camera captured the sound of a police siren and a group of people staring at the direction where the murder had taken place.

Just a few steps from where he was last seen talking on the phone, Ankit was attacked and stabbed by the mother, father, uncle and younger brother of the 20-year-old Muslim woman, Shehzadi. All four have been caught, including the woman's underage brother.

Ankit was in a relationship with Shehzadi, a second-year college student, for the past three years. The police said her family was opposed to the relationship because Ankit was a Hindu.

Shehzadi's family had also warned her against her relationship with a Hindu man, but the two kept meeting, police said.

The woman has told the police that she was going to meet Ankit on the evening he was stabbed by her family.

Soon after the boy's mother was informed that Ankit was stabbed by his girlfriend's family, she ran out of their home nearby and tried to stop the assault, but she too, was attacked.

In front of his helpless mother, Ankit was stabbed in the neck with a knife by his girlfriend's father and uncle.

The situation remains tense in the area in west Delhi and police personnel have been deployed to check any possible fallout of the killing.