'KCR is misusing the police, in the manner which police entered his bedroom, it has never happened in India,' GN Reddy said. 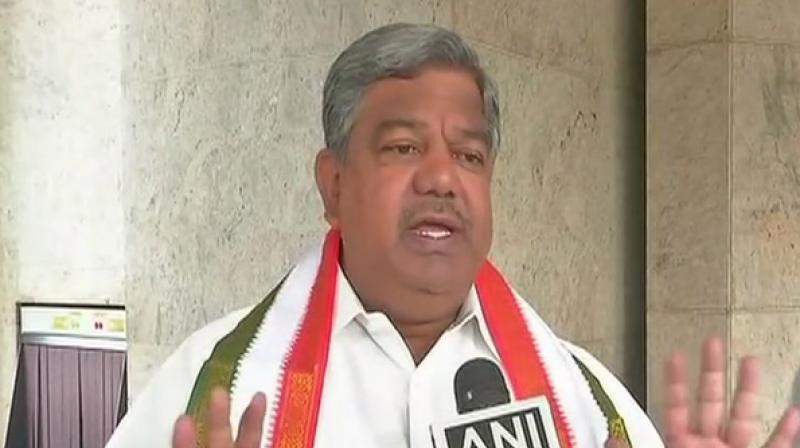 G N Reddy further added that Revanth is a Brahmos missile who will finish the TRS. (Photo: ANI)

The Telangana Rashtra Samithi (TRS) chief is scheduled to conduct a rally in Kodangal. Revanth is Congress' candidate from the constituency.

G N Reddy further added that Revanth is a Brahmos missile who will finish the TRS.

"KCR is misusing the police, in the manner which police entered his bedroom, it has never happened in India. Revanth Reddy (Congress candidate detained by police) is not an ordinary man, he is a Brahmos missile and this missile is going to finish TRS," G N Reddy told ANI.

"It's highly condemnable that Telangana Police arrested Congress Working President and Kodangal MLA Revanth Reddy at 3am today because CM K Chandrasekhar Rao is holding a rally there. We appeal to EC that such intimidation goes against the spirit of free and fair elections," Shivakumar tweeted.

Calling Revanth's arrest a "stain on democracy", the Congress party took to Twitter and said that it was a clear sign that the ruling TRS fears an imminent loss in the elections which are due on December 7.

Telangana Assembly elections are slated to be held on December 7, while counting of votes will take place on December 11.