The allegation had taken the internet by storm and many on social media had criticised the Assam Police for its action. 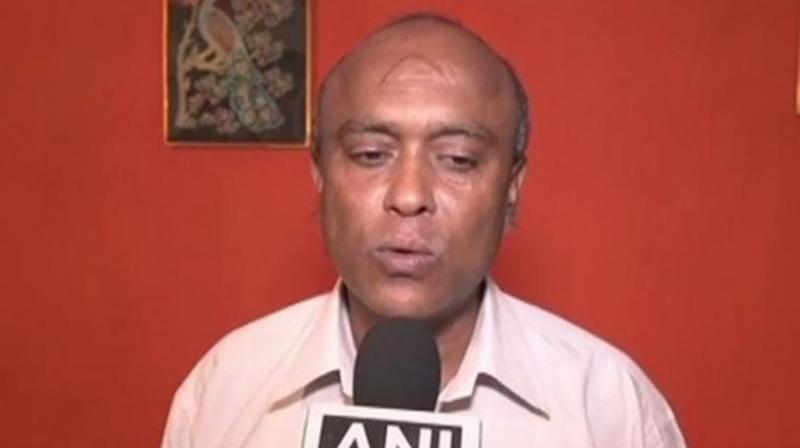 Haque had earlier said that he was broken by the accusation and it was an insult for him. (Photo: ANI/Twitter)‏

Guwahati: In an embarrassing gaffe, the Assam Police on Tuesday admitted that that the foreigners' tribunal notice to retired Junior Commissioned Officer Mohd Azmal Haque was a mistake and that the papers were meant for another person.

The notice was meant for one Md Azmal Haque, son of Maqbool Ali, of village Kalahikas. But instead, it got sent to Mohd Azmal Haque, the son of Mokbul Hussain, who is a resident of the same village, according to a report in NDTV.

"It clearly shows that the case was registered against a different person and not the retired JCO. Unfortunately, due to the similarity of their names, the notice appears to have been wrongly served on the retired JCO," Assam Director General of Police Mukesh Sahay said.

Haque had earlier said that he was broken by the accusation and it was an insult for him.

The Assam Police had accused Mohd Azmal Haque, who served the Indian Army for 30 years, of being an illegal Bangladeshi migrant. It also registered a case against him, asking him to prove his nationality.

The allegation had taken the internet by storm and many on social media had criticised the Assam Police for its action.