A Dalit teenager was on Tuesday attacked by two bike-borne men who slashed his back with a blade when he was returning home from school. 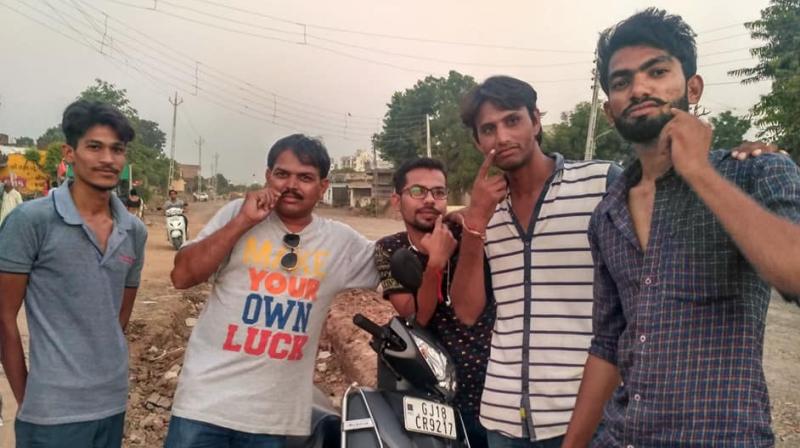 Ahmedabad: After three consecutive incidents of Dalit harassment by upper caste men in Gujarat, youth from nearby villages in the state changed their WhatsApp profile picture to that of a big moustache with 'Mr Dalit' written below it as a mark of protest.

Many Dalit men also posted photos on social media that showed them twirling their moustaches.

A Dalit teenager was on Tuesday attacked by two bike-borne men who slashed his back with a blade when he was returning home from school.

He is the cousin of Piyush Parmar who was allegedly abused and assaulted on September 25 by three people from the upper caste darbar community for sporting a moustache.

"Digant told us that two unidentified men attacked him using a blade. He received some cuts behind his back in the attack. We have started the process of filing an FIR in the case," Deputy Superintendent of Police VN Solanki said.

According to Digant's uncle, his nephew was attacked because Piyush had earlier lodged an FIR against the upper caste men.

According to the FIR, Parmar and his cousin Digant Maheria, were returning to their home after enjoying garba at their village when some people started hurling casteist abuses at them.

"Digant was present when Piyush was thrashed. On Tuesday, two men, who were wearing masks, intercepted Digant when he was returning home after giving his exam. The bikers told Digant that they have received Rs. 1.5 lakh to attack those who had lodged the FIR," alleged his uncle Kirit Maheria.

"Before Digant could understand anything, one of them attacked him with a blade and made several cuts on his back. Digant received deep wounds in the attack. He is now out of danger," he claimed.

On September 29,  Krunal Maheria, 30, of the same village had alleged in his complaint that he was assaulted by some Rajput men for "sporting a moustache".