Natives show dissatisfaction as security gets stringent for Amarnath Yatra

Besides deployment of the Jammu and Kashmir Police and Army, over 40,000 personnel were also deployed. 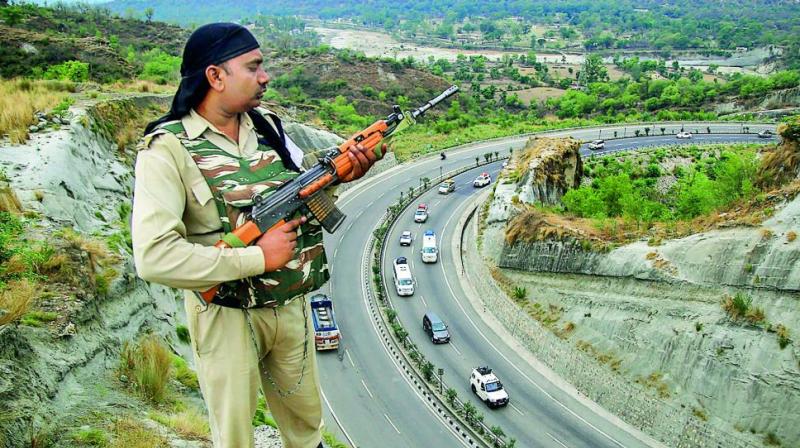 After Pulwama's horrific February 14 suicide attack on a CRPF convoy, the security apparatus had to be extra cautious. (Photo: File)

Mumbai: The annual Amarnath Yatra pilgrimage started off in Kashmir with the deployment of the largest number of security forces. However, the locals facing obstacles felt that they were being overlooked and their daily life was hampered.

With blocked civilian traffic along the Kashmir stretch of the highway, railway services remained suspended between Qazigund and Banihal-- an area that connects Kashmir valley with Chenab leading to Jammu, News18 reported.

After Pulwama's horrific February 14 suicide attack on a CRPF convoy, the security apparatus had to be extra cautious.

To ensure the safety and security of all the Amarnath Yatris around 100 new bunkers were created on the highway and the route which leads to Amarnath cave.

Besides deployment of the Jammu and Kashmir Police and Army, over 40,000 personnel were also deployed.

With the security forces being more stringent, the locals had a hard time carrying on their day to day activities.

The train services were suspended and there was a temporary ban on civilian traffic on the highway.

The blockade caused inconvenience to the locals as the roads in Anantnag leading to the cave were blocked.

Inconvenience was also caused to the shopkeepers as they ran out of business.

Political leaders and civil society members raised concern over the issue. A tone of dissatisfaction was passed among the natives as they felt that pilgrimages were given priority over them.