Fresh clashes in J&K after youth dies in firing

Kashmir Valley remained shut on the third consecutive day on Tuesday to mourn and protest the killing of 13 militants and four civilians. 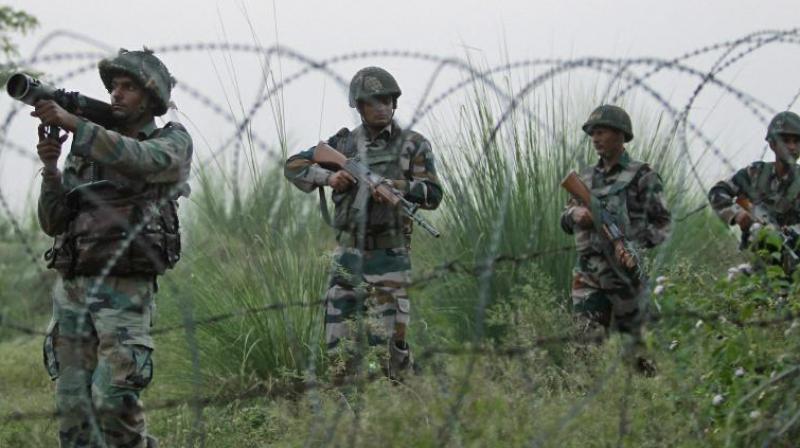 Srinagar: Fresh clashes erupted in parts of Jammu and Kashmir’s summer capital Srinagar and northern town of Kangan after a youth injured in alleged police firing succumbed in hospital.

Meanwhile, the Kashmir Valley remained shut on the third consecutive day on Tuesday to mourn and protest the killing of 13 militants and four civilians in security forces operations in southern Shopian and Anantnag districts on April 1.

Shops and other businesses and educational institutions remained closed across the Valley whereas only private cars and skeleton public transport could be seen plying on select routes. The rail services also remained suspended on the third day running. However, the high-speed Internet services on mobile phones were resumed in the Valley after two days, except in southern districts.

The authorities have decided to keep the educational institutions in sensitive areas shut also on Wednesday whereas all board and university examination scheduled for the day have been deferred “as a precautionary measure”. This follows a call issued by an alliance of key separatist leaders asking the people to march on Shopian on Wednesday to show solidarity with the families of the slain men.

Srinagar and Kangan witnessed fresh streets clashes after 22-year-old Gowhar Ahmed Rather, a native of Kangan who had been admitted to Sher-i-Kashmir Institute of Medical Sciences on Monday evening, lost his battle for life early Tuesday. Doctors who had attended on Rather in a Kangan hospital earlier had said that he had suffered a critical head injury and was continuously bleeding and that they could not figure out if it was a bullet injury or not. The police had denied the youth had received a firearm injury and claimed that he was injured in a mishap.

Soon after the death of the youth, the authorities imposed curfew-like restrictions in Kangan and its neighbourhood to stem any protests.