Winter chill sets across North; Leh at -14, Delhi and J&K at 8 degrees on Monday 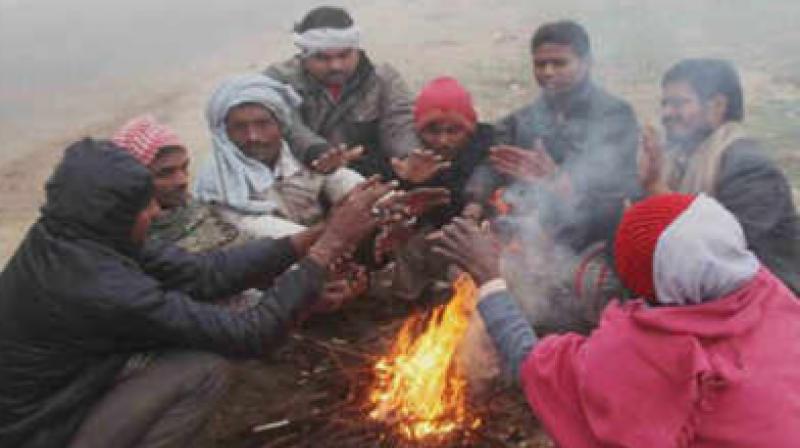 Several places in the north India experienced the coldest day of the winter on December 2, as the mercury dipped below the season's average, with Leh recording a minimum temperature of -14.4 degrees Celsius. (Representational Image)

New Delhi: Several places in the north India experienced the coldest day of the winter on December 2, as the mercury dipped below the season's average, with Leh recording a minimum temperature of -14.4 degrees Celsius. Delhi experienced chilly winds on Monday morning which brought the minimum temperature down to 8 degrees Celsius, a notch below the season's average and the lowest for the season so far.

The relative humidity on Monday was recorded at 85 per cent.

Leh continued to remain the coldest place in Jammu and Kashmir at minus 14.4 degrees Celsius as cold further tightened its grip on the Union Territory of Ladakh.

On Sunday, Leh had recorded a low of -13.2 degrees Celsius.

Srinagar recorded the coldest night of the season at -2.5 degrees Celsius, 1.6 notches below the season's average, the meteorological department said.

The famous ski resort of Gulmarg in north Kashmir, which experienced several feet of snowfall on various occasions last month, was the coldest place in the valley with a low of -7 degrees Celsius. However, the sun shone bright on Monday morning in both Kashmir and Jammu regions.

The minimum temperature in the snow-bound Pahalgam hill resort in south Kashmir improved by nearly 1 notch to settle at -5.8 degrees Celsius while Kupwara township of north Kashmir recorded a low of -3.7 degrees Celsius.

The mercury in Jammu dropped to 8.0 degrees Celsius, two notches below the season's average. Katra, which serves as the base camp for the pilgrims visiting Vaishno Devi Shrine in Reasi district of Jammu region, recorded a low of 7.0 degrees Celsius on Monday.

Intense cold conditions prevailed in Himachal Pradesh also with temperatures in high-altitude areas staying between 1-9 notches below the freezing point.

The minimum temperatures in Kufri, Shimla and Dalhousie were 3.1, 5 and 5.6 degrees Celsius respectively on Monday.

The highest temperature in the state was recorded in Una at 23.6 degrees Celsius, Singh said.

In Haryana and Punjab, Narnaul was the coldest place among cities in the two states at 6.5 degrees Celsius. The common capital Chandigarh recorded a minimum of 9.1 degrees Celsius.