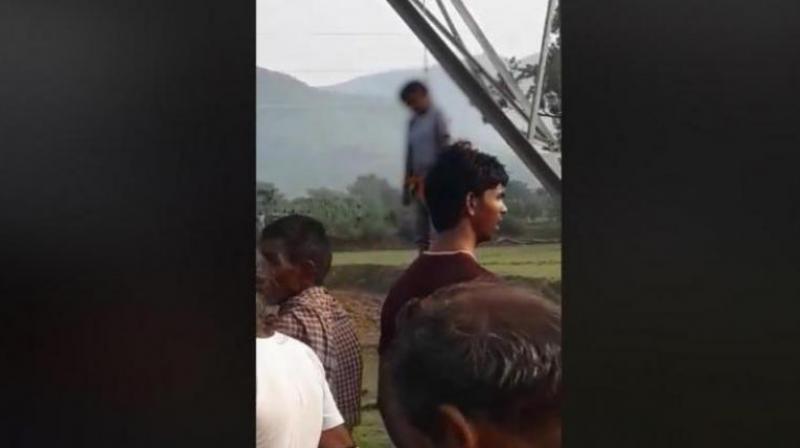 Dulal Kumar, who went missing on Friday, was found hanging by a pole in Dabha village of Purulia's Balarampur. (Facebook | Screengrab | Kailash Vijayvargiya)

Mumbai: The post-mortem report of a BJP worker who was found hanging in West Bengal's Purulia district on Saturday suggests that he committed suicide, police said on Sunday.

Dulal Kumar was found hanging from a power transmission tower near the fields in Dava village early on Saturday morning.

“Other case (Trilochan Mahato) is heading in the right direction too. State government has handed it over to the CID,” Magharia added.

The BJP has termed the killings as “political murders” and demanded a CBI inquiry into the incidents.

Life in Purulia district got partially affected as the BJP called a 12-hour shutdown to protest the alleged murder of Dulal Kumar.

The BJP alleged that the ruling-Trinamool Congress was behind the incident.

Meanwhile, Trinamool Congress (TMC) has denied any kind of involvement in the deaths of the two BJP workers and has pointed fingers at the Maoists and also at the turf war between the BJP and the Bajrang Dal.